The olive tree can be found in the origins of ancient legends, archaic symbolisms and the roots of the Mediterranean mythology. Symbol of fertility, as well as of peace, victory, strength and reward in many different cultures. In ancient paganism, the olive tree was even surrounded by a magic halo linked to a supernatural understanding of the existence. 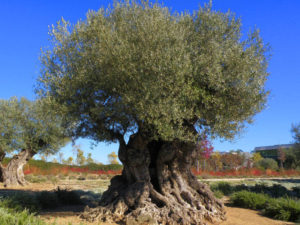 According to tradition, the olive tree is original from Asia Minor, maybe Syria or Palestine. In all likelihood, it reached Europe from this corner of the Mediterranean, through Phoenician and Greek merchants, who introduced it to the Iberian Peninsula. In times of the Ancient Rome, the region of the South of Europe was one of the Empire’s most important producers of olive oil.

In ancient paganism, the olive tree was even surrounded by a magic halo linked to a supernatural understanding of the existence.

When Muslims conquered the Iberian Peninsula, they found big olive fields inherited from the Roman Empire. These plantations were very fruitful from an economic perspective, and they were cultivated following the techniques used in Roman times. The Middle Age Andalusi population called this tree az-zabbûq (which developed into the Spanish acebuche). The Andalusi culture recovered the status of the world’s primary producer of olive oil. In addition, Muslims added their own agriculture innovations, especially with regard to irrigation systems, such as the acequia (watercourses), aljibe (water deposits), and alberca (water ponds).

They also improved the techniques to obtain oil. The Spanish name of its fruit, aceituna, comes from the Arabic zaytuna, and its juice, aceite (oil), from the Arabic az-zayt. Many other terms linked to the oil field share their ethymology in Spanish and Arabic.

Muslims added their own agriculture innovations, especially with regard to irrigation systems, such as the acequia (watercourses), aljibe (water deposits), and alberca (water ponds).

The Muslims also extended its cultivation across the Peninsula, as reflected, still today, by its landscape, such as Seville, Jaen, the Alentejo in Portugal, among others. 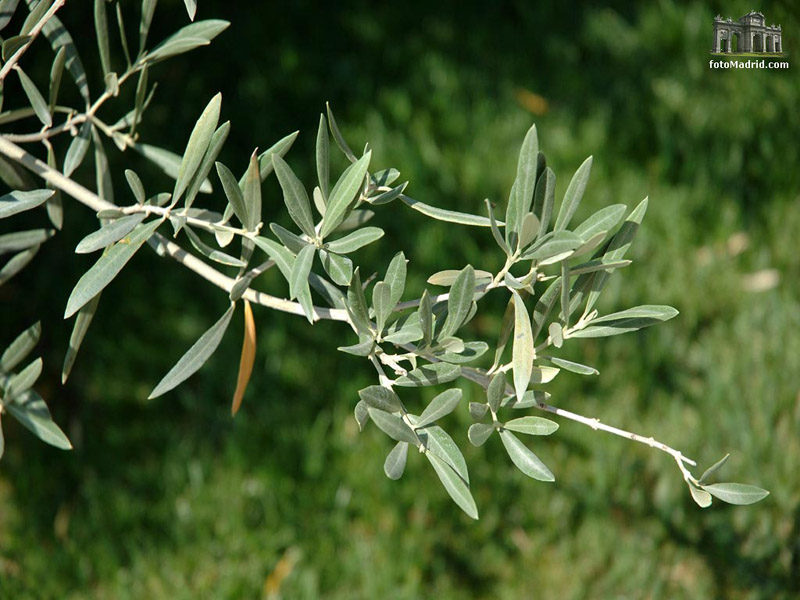 Oletourism refers to Olive oil tourism, which has become part of the touristic offer of Spain today. It offers a new way of travelling, for all those looking for new leisure experiences. Picture yourself picking up olives the traditional way at an olive grove, to then visit the olive press and prepare your own olive oil. Or simply visiting an olive press to discover how this golden liquid is made, and learning to differentiate its quality.

There are olive routes signaled and organized in different regions of Spain, Greece, and other countries of the Mediterranean, as well as centennial trees –maybe even millennial–, that still live and can been seen, proudly, in Italian or Palestinian lands.

Last May, Casa Mediterráneo organized, in collaboration with the Institute for Farming and Fishing Research and Training (IFAPA, Instituto de Investigación y Formación Agraria y Pesquera), the workshop “Perspectives for the Olive Tree”, that gathered many experts on olive oil from all around the world, including the Spanish administration, in the town of Cabra (Córdoba, Spain, headquarters for IFAPA).

The opening act was presented by the local mayor, Fernando Priego; the director of the diplomatic institution, Javier Hergueta; and the chief executive of the International Olive Council (IOC), Abdellatif Ghedira. 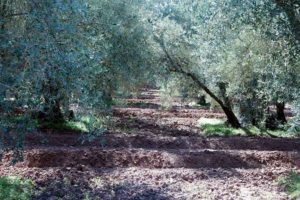 One of the workshop’s main goal was to join forces in the defense and promotion of the olive tree in the Mediterranean. With this purpose, the participants signed the Declaration on Defense of the Mediterranean Olive Tree, which gathers the goals to reach in order to overcome the challenges, dangers and threats faced by this sector.

The seminar continued with a communication on the “Financial Perspectives and the Negotiation of the CAP”, presented by Pascual Navarro, general manager for the Coordination of the Domestic Market and other Community Policies, belonging to the Spanish Ministry of Foreign Affairs. The communication delved in the olive tree as a European identity symbol, that, although it has faced many different threats, continues to be a production system that feeds the population and needs to be profitable.

The workshop ended with a roundtable on “The future of the olive grove in the Mediterranean”, which discussed the situation of the different producer countries, the risks they face and their prospects for the future.