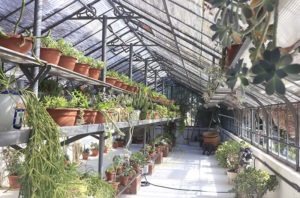 The park of the Retiro is more than a public park. It is a spot of peace in the middle of the capital, as well as a laboratory for biodiversity conservation. In fact, not many people know the important contribution to sustainability carried out by the Retiro, through its Center for Environmental Education “Huerto del Retiro” (the Orchard of the Retiro), and the greenhouse “Vivero de estufas” (Greenhouse of Stoves). The latter is a hidden gem in the middle of this local space of 291 acres.

The greenhouse of stoves, which depends of the Department of Parks and Gardens of the City Council of Madrid, is a close collaborator of the Med-O-Med network. It is a 10 acres area built in the 19th century to host several “stoves” —or nurseries—, as well as other farming structures such as shade structures. It also counts with areas devoted to workshops focusing on masonry, carpentry, locksmithing or plumbing, specially regarding the protection of Madrid’s green spaces.

The greenhouse of stoves, which depends of the Department of Parks and Gardens of the City Council of Madrid, is a close collaborator of the Med-O-Med network.

The garden center, managed with an expert hand by Javier Spalla, is a collection of 19 nurseries, unique in Spain for its longevity, and other four modern designs. All of them contribute to the creation of a microclimate that allows vegetable reproduction and the acclimatization of allochtoon or foreign species. 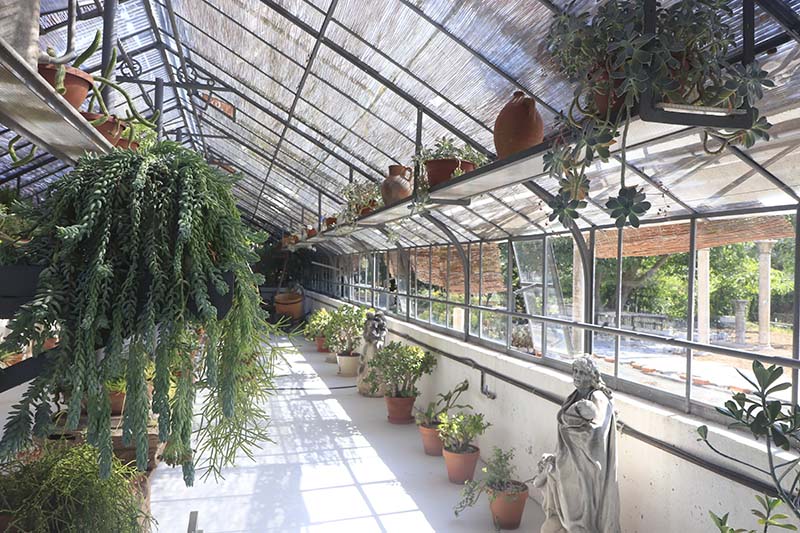 Some ancient nurseries, which belong to the iron architecture of the 19th century, gather succulent plants  grown by Victoria Olaya, a “historical” gardener specialized in greenhouses, that takes care of them with an almost motherly care. It is not rare to see her walking around, pencil and tools in hand, to take care of the plants and avoid plagues and diseases, always through a strict environmentally friendly approach. She is also in charge of the reproduction greenhouse and the greenhouse of Bourguignon, two gems full of exotic and interesting species surrounded by neoclassical statues and traditional gardening tools. “If you want to be happy, become a gardener”, that is one of her main principles. 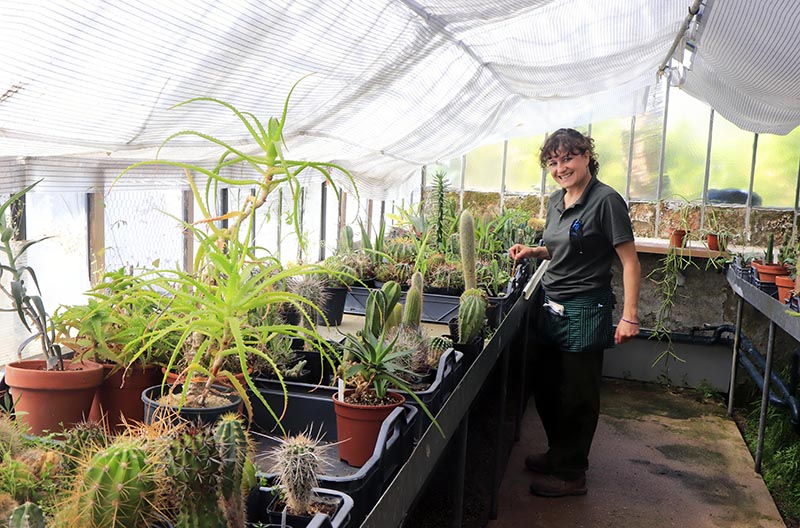 This collection of succulent plants are one of this nursery’s singularities, and come mainly from the Royal Botanic Garden of Alcalá de Henares (Madrid). Among them, we might highlight several species, such as the Ferocactus and Agave, as well as several beautiful Cleistocactus strausii. Several species coming from the Canary islands are also really interesting, specially if we take into account their acclimatization to the harsh continental climate, such as the Aeonium palmense, the  lancerottense, the Euphoriba canariensis, among others.

Some ancient nurseries, which belong to the iron architecture of the 19th century, gather succulent plants  grown by Victoria Olaya, a “historical” gardener specialized in greenhouses.

Another of the gems of this greenhouse is the small museum of the Garden, located inside one of the 19th century nurseries. Once again, all of it exudes good work, care and passion by those in charge. Among its many object, there is a collection of ancient tools, some of them used by another of Spain’s historical gardener: Luciano Labajos.

Finally, the star of the greenhouse, the nursery of tropical plants, which offers a diverse, fragrant and sensual environment, in which ferns, ficus and philodendron fight for space and moisture.

A hundred and thirty years of History

It was in 1889 when the gardeners Juan López and Pedro Urango found an exceptional treasure of 59 coins by chance. In 1890, don Caledonio  Rodrigáñez, agricultural engineer and one of the big professionals of gardening, decided to create a space reserved for workshops and nurseries, where some of the greenhouses of Madrid’s palaces would move. 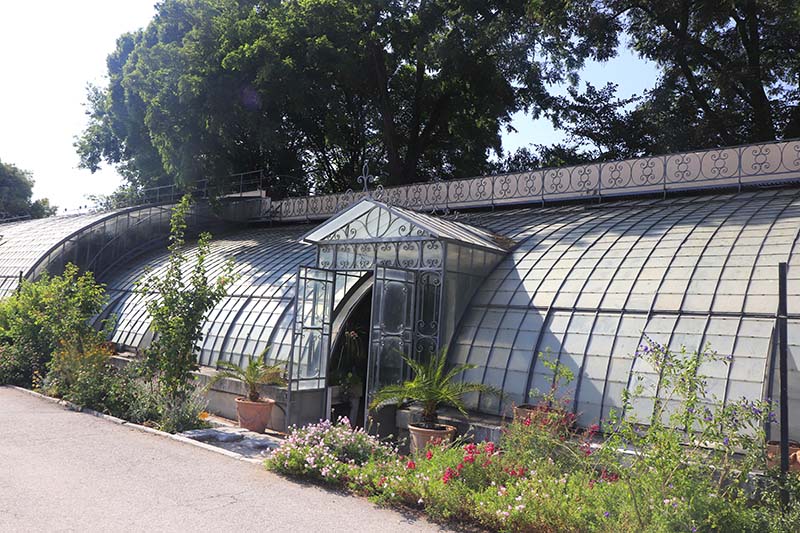 However, the economic crisis and the changes in trends at the end of the 19th century resulted in an expensive maintenance of the greenhouse, so at the beginning of the 20th century, most of the nurseries were closed. The place was closed for 25 years, until, luckily, in 2004 they were saved by the dangers of the Prado-Recoletos axis plan that wanted to tear down the nurseries.

The place was closed for 25 years, until, luckily, in 2004 they were saved by the dangers of the Prado-Recoletos axis plan that wanted to tear down the nurseries.

Currently, the greenhouse produces 800,000 plants every year, assigned to the different green zones of the city. Fortunately, the Greenhouse of Stoves of the Retiro is in good health and open to the public, if the visit is prearranged.