The Med-O-Med network was created in 2009, with the funding of the Spanish Agency for International Development Cooperation (AECID), as an instrument of cooperation for sustainable development in the Mediterranean basin, fostering the encounter and peaceful coexistence among cultures. Since then, many initiatives for the recovery of the natural and cultural heritage have been promoted and developed in countries such as Algeria, Lebanon, Morocco, Palestine or Syria. The network serves as an engine for the promotion of an inclusive and sustainable development, while holding a human rights, diversity and gender approach.

Likewise, the Med-O-Med platform has highly contributed to the exchange of experiences, training and raising awareness initiatives. As a result of this work, four networks and natural heritage inventories for the Med-O-Med area have been constituted: botanical gardens, centers of plant diversity, cultural landscapes and sustainable initiatives.

Med-O-Med aspires to making the development of Islamic countries in these regions compatible with the preservation of their environment and heritage. It aims to set up projects involving maximum participation by regional social and public agents, with total respect for genetic sovereignty and the cultural identity of the local populations.

Med-O-Med is an inter-cultural programme with a multi-disciplinary approach that aims to overcome ideological barriers by searching for solutions that are acceptable to all.

The Programme is open to participation by international organisations, national and local administrative bodies and civil society through NGOs and academic institutions interested in working closely within a network, helping to organise activities and projects within the scope of Med-O-Med. It brings together countries in the South and East of the Mediterranean basin as well as those in the North, with the common goal of achieving fruitful scientific and cultural exchanges.

The Med-O-Med Programme is founded on the strong historical and cultural links that exist between Spain and Islamic countries, and the special concern amongst Spanish society for the problems of its Mediterranean neighbours. 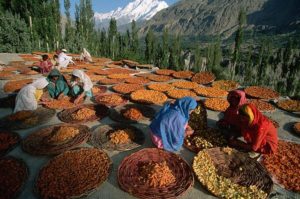 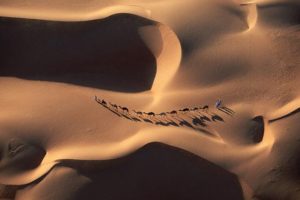 The Islamic Culture Foundation (FUNCI) is a Spanish non-profit, apolitical, non-denominational and scientific institution established as an organization in 1982. Its aim is to tear down the walls of incomprehension between the Islamic Arab world and the West.

Specializing in the Al-Andalus culture, the FUNCI relies on this common heritage and paradigm of intercultural respect to promote cultural understanding. 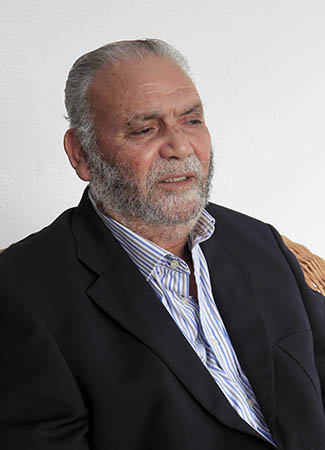 Creation is a source of reflection and knowledge leading to human development, both in a material and spiritual sense. Its study has always played a key role in the projects of the Islamic Culture Foundation (FUNCI). We are indebted to the men and women who, over the centuries, have studied the secrets of nature and placed them at the service of humankind. Through the Med-O-Med network, cultural landscapes of the Mediterranean and the Middle East, constituted in the year 2009, we aim at honoring them and at recovering their legacy, while perpetuating the excitement of searching for a knowledge that benefits every one of us, without distinctions nor frontiers.

Nature is fragile. It is our duty to conserve it and to pass it on to future generations. This Program enables us to join forces, with the same generosity and commitment of those early scholars, in order to preserve natural resources and to manage them wisely. Our goal is to weave a network that will facilitate fruitful, disinterested sharing.

The Islamic civilization is particularly sensitive to the harmony of natural and cultural environments, whether it be in landscapes, gardens, or orchards. This has been evident throughout history, through the creation of beautiful, humanized gardens, as well as through its intense written production. The respect for cultural diversity and integration of the achievements of others, without prejudice or appropriation, are both part of Islam’s foundations.

At FUNCI, we have chosen green spaces as a symbol combining several concepts: a coming-together of cultures, scientific development, spirituality and well-being. Cultural landscapes as a synonym of understanding and fellowship. Places in which everyone, without exception, is happy to be. Places that represent the aspiration of all human beings to live in peace amongst themselves and with their environment. Landscapes are the best antidote to conflicts and lack of understanding, the best path towards more supportive, balanced societies for the future. As such, they are the backbone of the Med-O-Med platform.