A natural environment in the middle of Madrid and young-but-demanding participants were the perfect scene for a morning of creative, educational and –specially- fun activities at the Community Orchard Magerit. We brought there several plants from the Al-Andalus period so that the children could approach the Islamic culture through their fragrance and properties. We also taught them about the Al-Andalus history of the city through the activity Stories with a scent of Mayrit.

In the Islamic Culture Foundation, and through projects such as Med-O-Med or the Centre for the Study of Islamic Madrid (CEMI), we have always tried to transmit the importance of the natural, botanical and immaterial heritage of Al-Andalus, through actions such as our exhibition “The perfumes of Al-Andalus”, or the recent “Scents of Mayrit” (also carried out at the Community Orchard Magerit).

The workshop “Stories with a scent of Mayrit·, aimed at children of 3-5 years old, comprised several activities that allowed the kids to know the Andalusi plants through all their senses.

This time, the workshop “Stories with a scent of Mayrit·, aimed at children of 3-5 years old, comprised several activities that allowed the kids to know the Andalusi plants through all their senses.

The guiding thread was a storyteller that helped them to experience the same feeling that the main character of the story, as they learnt about the look, feel, and scent the species mentioned have. From mint, to orange blossom and cinnamon, bay, lemon, roses, rosemary, thyme, or lavender. The kids became familiar with all these botanical species as they prepared small aromatic sachets, draw on the plants’ leaves, or compared their smells.

Fragrant fruit trees, such as the orange or lemon tree, and aromatic plants were essential in the gardens and orchards of Al-Andalus. No historian can ignore the importance of these products, delicious on meals, spiritual in mosques, popular in souks, and elegant in palaces. 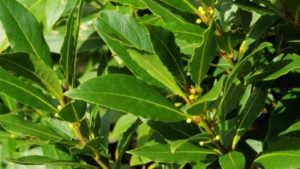 One of the essential species in any Andalusi kitches (as well as in current kitchens) is bay (gār o rand), a woody tree that can reach a height of 15 meters and whose leaves, very aromatic and with grows, are linked to the worship of god Apolo wince the ancient times. Bay is mentioned in almost every Agricultural treaty of Al-Andalus, as well as in medical works.

Fragrant fruit trees, such as the orange or lemon tree, and aromatic plants were essential in the gardens and orchards of Al-Andalus.

Another essential tree in the Andalusi culture was the lemon tree (laymūn), which, according to Arab geographers, comes from the Northeast of India, and was exported to Oman, and then to Iraq, Syra, Palestine, Egypt, and the Maghreb. Agronomists used to say that lemon trees shouldn’t be planted closed to orange trees, as they ruined them with their strong smell. 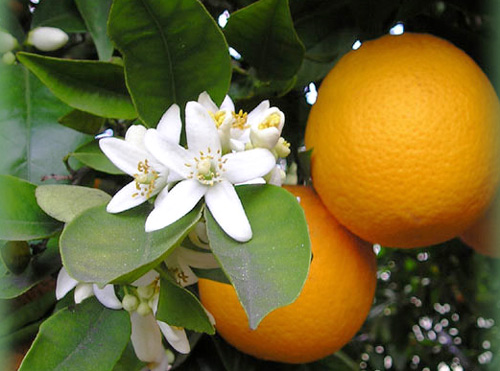 Bitter orange (nārānŷ) was introduced into Al-Andalus by the Arabs around the end of the 10th century, and, since then, it has embellished and scented with its orange blossom flowers and golden fruits the patios of most mosques, such as the Almohad mosque of Seville. Its flowers were frequently distilled to produce orange blossom water, very used by the Andalusi population to produce drinks and sweets.

Cinnamon (quirfa) can also grow quite big, and its origin is found in the island of Ceylon. In Al-Andalus, where it never managed to acclimatize, its cortex was used in the cooking of stews, as well as in the preparation of sweets, infusions, and syrups. According to the doctor Ibn Zuhr, cinnamon was an excellent stomach tonic.

Regarding aromatica plants, very used in Al-Andalus, mint (fawdanaŷ) was mainly used in syrups and infusions. It was grown in orchards and gardens such as those of Madinat az-Zahra. Some of them also grew in the river banks as well.

As for rosemary (kalil), it was a bush highly appreciated in the Andalusi kitchen and pharmacies. It is considered that Arab scientific Avicena (Ibn Sina, 11th century) used it an oil, an efficient balsam against all problems.

Thyme was also very used (sa‘tar al-siwā), an aromatic plant used for the conservation of olives and mixed with honey and water into a sweet syroup highly valued by the population of Al-Andalus. 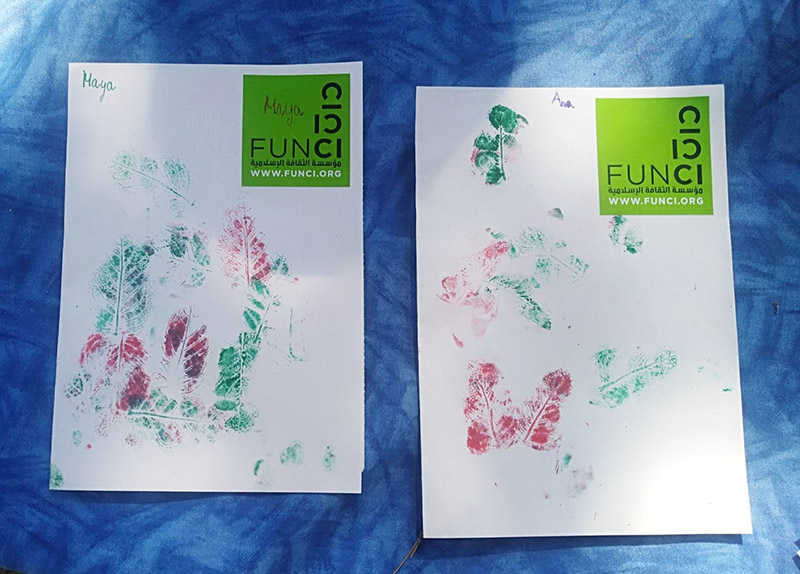 The last group of fragrant species we worked with at the workshop Stories with a scent of Mayrit characterized, not only by its smell, but by the striking flowers that gave it a decorative value. We are speaking of lavender, rose and jasmine. Lavender (al-juzāmā) must have grown commonly across the lands of Al-Andalus. According to Ibn al-‘Awwām, its flowers were of a blue sky color. On his book Book on agriculture, he also explains that the Persians used it frequently, as they considered that it heightened the mood and fought sadness.

“The heritage of Al-Andalus has only left a mark in art, linguistics, music, poetry, agriculture or technology. It also left a mark in the intangible world, as it is that of the senses.” Cherif abderrahman Jah 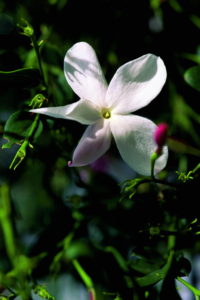 Jasmine was really valued in Al-Andalus due to the excellent fragrance of its flowers. But it wasn’t only used as a decorative plant in gardens, but was also used against old kind of pains, as well as to produce oils and perfumes. Its cultivation and its different varieties were very studied on agricultural treaties. Finally, roses (ward) were used in grafting, which increased the variety of roses considerably.

“The heritage of Al-Andalus has only left a mark in art, linguistics, music, poetry, agriculture or technology. It also left a mark in the intangible world, as it is that of the senses.” These words by our president Cherif abderrahman Jah introduce his book The fragrances of Al-Andalus, and it is precisely in the “world of senses” that we are working with the children in this activity, in collaboration with the association La Rueva and the association el Olivar, in order to bring forward the past of Madrid, not only through the written and visual history, but also through the senses.