The NGDO Terrachidia is the latest addition to the Med-O-Med network, cultural landscapes of the Mediterranean and the Middle East. Focused on Africa, Terrachidia works for the protection of the cultural and environmental heritage of the continent, the training in cultural heritage of its population and the preparation for labor integration. In this article, Marta Colmenares Fernández and Carmen Moreno Adán, members of the Terrachidia team, present the action developed within the framework of the M’Hamid Oasis Recovery Project (Morocco), winner of the Philippe Rotthier Award.

The oasis of M’Hamid is the last oasis of the Drâa valley in southern Morocco. The population is concentrated in compact walled villages, ksur. Shady streets and fresh homes cleverly create a microclimate where the extreme temperatures and sandstorms that lash these places are barely perceptible. The high earthen walls of these villages were not only constructed for defensive reasons against the weather, but also because trade routes between sub-Saharan Africa and the Mediterranean basin passed through them. This strategic caravan route descended through the Drâa valley to the oasis of M’hamid, “the gateway to the desert” where the caravans were equipped for a long journey through the desert to reach the lands known at that time as Sudan. The relationship between the two sides of the desert would always be very close, leaving an important cultural legacy in the area we are dealing with. 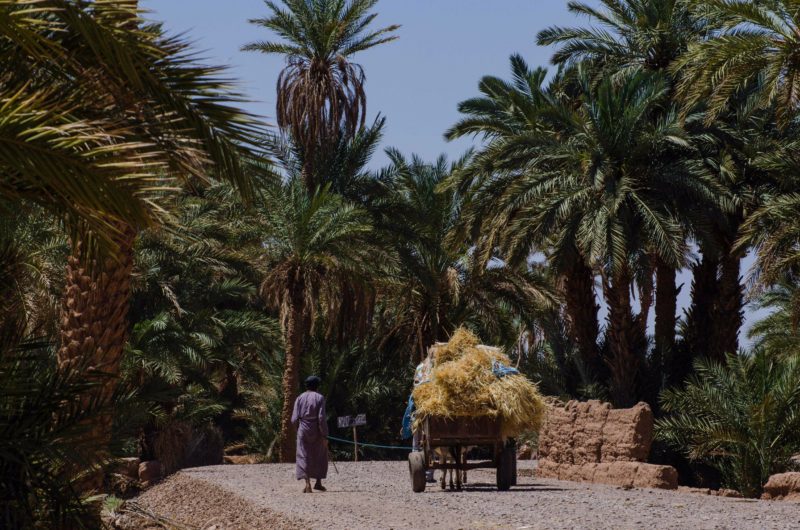 Oases are anthropic landscapes, i.e. created by man to make habitable a territory that was naturally hostile and made it impossible for the population to settle. The structure of the oasis is based on a system of three layers of vegetation in the distribution of the orchards: at ground level there are vegetable crops, fodder and aromatic/medicinal plants; at a second level there are fruit-trees and at the third level there are date palms with their various variants. Palm trees are one of the most important characteristic elements for oasis ecosystems, as they provide microclimatic conditions for other crops, reduce erosion caused by wind and evaporation through shade. Preserving this plant environment is essential to protect and maintain life in the oasis, and the local people who cultivate their orchards and palm groves maintain this precious environment.

Oases of the Drâa Valley represent the purest example of a culture of adaptation to the physical environment where landscape and architecture constitute a heritage of the highest value. Currently the Oasis of M’Hamid is composed of 12 ksur and a new urban center, M’Hamid Center. In total, there are about 7500 inhabitants.

Economic and social transformation of the region 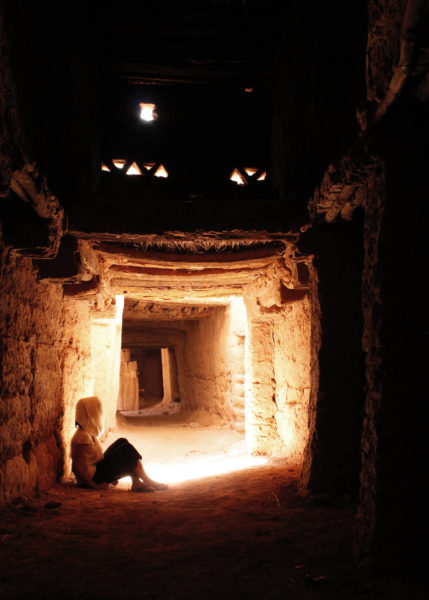 In the last decades the population of these oases has seen its economic activity transformed towards tourism, which has been installed in the urban centers as a new form of social relationship with the natural environment and, therefore, as a powerful economic activity. The inhabitants leave the ksur and settle in the newly created urban areas, which are also the starting points of the routes to the Sahara Desert and which offer an alternative activity in the region. In addition, the decrease of arable land and the loss of palm groves area are jeopardizing the environmental benefice they provide in the fight against the advance of the desert.

This cultural heritage, threatened by the major social, economic and climatic changes we have faced in the Mediterranean region in recent decades, has had clear consequences in this environmentally fragile area.

The COVID-19 pandemic has also had a significant impact on employment, with the tourism sector being the most affected. This has highlighted the need to establish new ways of relating to the environment and its resources and to create more resilient and sustainable settlements, capable of dealing with present uncertainty and future environmental challenges.

Can the recovery of the landscape and cultural heritage be a development tool that responds to these challenges?

The question that could be asked is: can the recovery of the landscape and cultural heritage be a development tool that responds to these challenges?

The SDGs defined in the 2030 Agenda and adopted by the United Nations General Assembly in 2015 call for the protection of cultural heritage as a whole, as one of the solutions for the future. Having overcome the concept of development as a mere notion of economic growth, the challenge is to devise a future based on equity, inclusion, peace and environmental sustainability. This is where heritage and culture play an important role, because they are both drivers and enablers for the achievement of the SDGs.

If we group the SDGs around the three fundamental pillars of sustainable development – economic, social and environmental – we realize that culture and creativity play a crosscutting role in all of them. 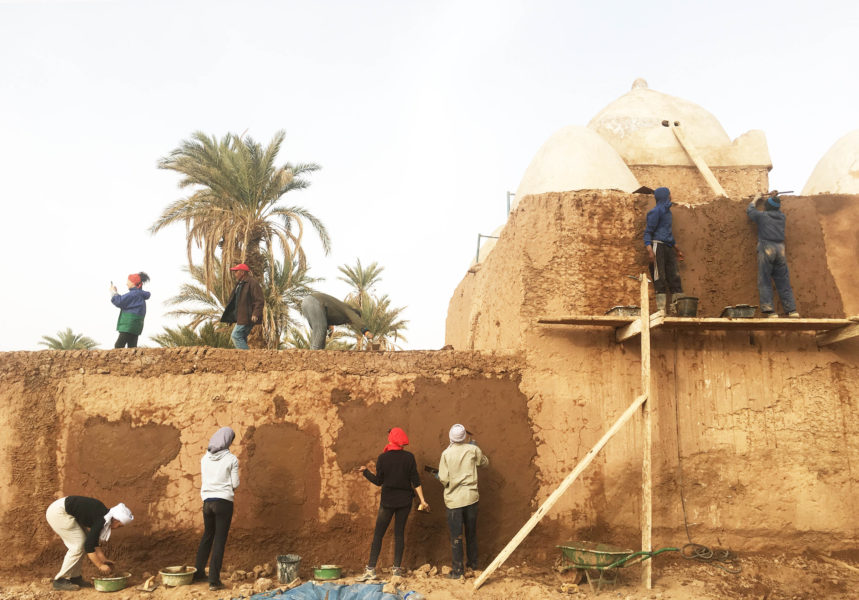 We have developed different restoration projects of urban spaces and architectural elements as well as water and sanitation infrastructures. We have conducted 20 international workshops where more than 350 students from more than 20 countries have been trained together with local youth in traditional architecture and construction. This training, in addition to being an effective strategy in the care and conservation of local heritage, landscape and environment, is a tool that promotes cultural diversity and intercultural dialogue.

This training, in addition to being an effective strategy in the care and conservation of local heritage, landscape and environment, is a tool that promotes cultural diversity and intercultural dialogue.

Strengthening the territorial and socioeconomic resilience of citizens involves creating job opportunities and the answer is given by the place itself. The strategies to be followed in the coming years must be in line with the economic-social-environmental balance to which the United Nations appeals to us, and yes, our strategies for the coming years include:

– Promote the employment of young people and women through training in traditional construction and handicraft techniques.

Young people will be trained by local masters in construction work, as well as women artisans in the production, marketing and sale of products.

Since they are earthen villages, the training of these young people represents a job opportunity for the future in the construction sector.

To ensure the sustainability of the population in the traditional ksur, it is necessary to contribute to the fight against land erosion, as this preserves agriculture, a fundamental activity for the oasis ecosystem. Awareness raising and training in environmental management will be carried out.

Architecture and construction workshops as part of a training project based on the enhancement of local heritage. The students will participate for 10 days in both the restoration of the mosque and the regeneration of the oasis environment.