We welcome the botanical garden “La Almunya del Sur” to our Med-O-Med Network of Botanical Gardens. “La Almunya del Sur” represents a green oasis close to the city of El Ejido, Almeria, and is surrounded by the many greenhouses that cover Tarambana and Balerma. This garden holds 1,100 different types of plants belonging to the five continents, and has a surface of 2,500 m2, including ponds, irrigation canals and paths.

This Andalusi Botanical Garden is the result of the gradual transformation of an old citrus farm into a botanical garden, thanks to the environmental ambitions of its creators.

From an agricultural farm into a botanical garden

This farm’s metamorphosis began in the year 2000, when the current owner, the building engineer Carlos Collado, inherited 2,500 m2 of the 7,500 that formed the original land. In the year 2011, Manuel Sánchez Robles, agricultural technician and current director of the garden was incorporated to the team. That same year began the design of the garden, a combination of styles that evoked the Andalusi style. This design was ideal due to the diversity of plants introduced, the availability of water, the materials used and the location of the garden, at a house’s backyard.

This Andalusi Botanical Garden is the result of the gradual transformation of an old citrus farm into a botanical garden, thanks to the environmental ambitions of its creators. 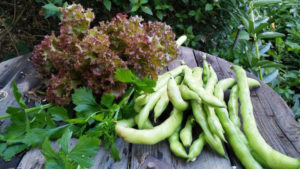 The garden has been gradually modified, increasing its plant diversity up to the 1,400 species. Likewise, the farm, which initially followed a conventional agricultural-gardening pattern, has been transformed into an environmental space. During the process, the farm has become a real ecofriendly laboratory, in harmony with its surroundings. This has allowed to analyze the evolution of all the elements that formed it, such as the plant species, the changing climate conditions, the irrigation, the plant nutrition, as well as the fungus and bacteria, among others.

In 2016, and almost by chance, and as in response to a proposal carried out by friends, family and acquaintances, they decided to constitute the association “Friends of La Almunya del Sur” (Amigos de La Almunya del Sur), and to open the garden to the general public. The garden placed its emphasis on its Andalusi style, the culture of water and the preservation of the environment, in contrast with the greenhouses surrounding it. 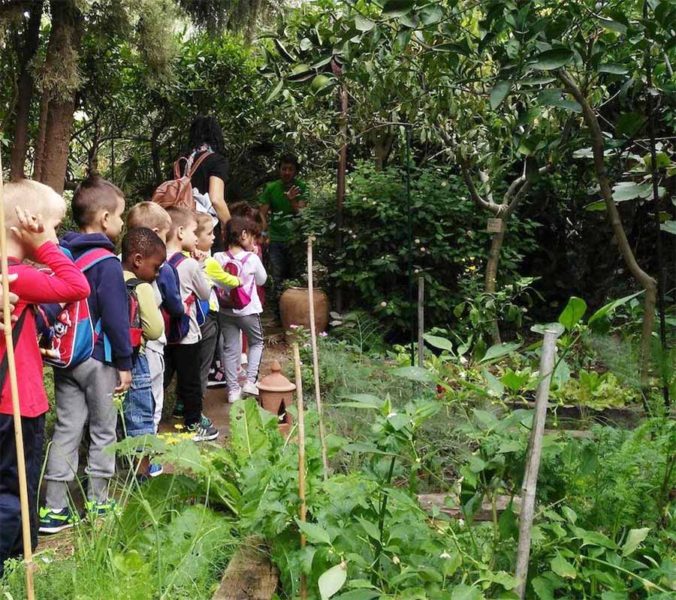 “La Almunya del Sur” is a scientific laboratory and a lesson of nature, where the senses are entertained through the colors and fragrances. It is the perfect space for carrying out raising-awareness and educational activities. Workshops on topics such as the environment, plant reproduction, and the revaluation of the natural Andalusi heritage are organized by profiting from the sensory experiences evoked by the fragrances and flavors of the Muslim Spain.

Despite the youth of the garden, it is already one the region’s main touristic attractions, a mandatory visit for everyone in the province and a point of enjoyment, learning and research. Since 2016, it has had more than 9,000 visits, both from local, national, and international tourists, as well as from different schools and associations.

A referent for sustainable, social and raising-awareness action

“La Almunya del Sur” is also a reference point for Almeria, as it offers the biggest collection of ornamental plants of the region, as well as due to its potential promoting a sustainable and educational tourism. It is necessary to highlight its promotion of multicultural coexistence, as well. 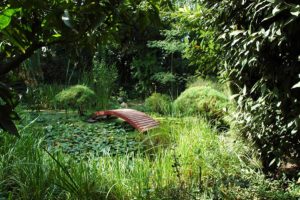 Given its appeal, it has been used for the organization of concerts and celebrations, as well, such as for the World Tourism Day. Likewise, from a social perspective, activities with special, vulnerable or groups at risk of exclusion are organized.

Despite the youth of the garden, it is already one the region’s main touristic attractions, a mandatory visit for everyone in the province and a point of enjoyment, learning and research.

With regard to their networking and research work, the Garden has signed an agreement with the University of Almeria for the design and development of a botanical garden within the university’s campus. In particular, the “Garden of Salt” (“el Jardín de La Sal”) has been created, by using halophilic plants, common in saline environments. Likewise, among the jobs carried out in the frame of this collaboration, we find advisory work, the provision of halophilic plants, the organization of university courses, and the provision of sheets of ornamental flora for the university’s herbarium.

Future perspectives and collaboration in the frame of Med-O-Med 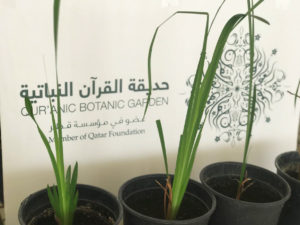 The botanical garden “La Almunya del Sur” has integrated the Med-O-Med platform, composed by 23 countries, in order to share information, experiences, develop actions and promote joint projects. In fact, La Almunya del Sur, since its recent integration, has already donated some rhizomes of the plant species Acorus Calamus to the Botanical Garden of Qatar, member of the Med-O-Med network.

“La Almunya del Sur” has for goal to become on the main reference points for applied research, environmental education and the development of social and cultural actions, from a sustainable development perspective.