The Biological Station of Torretes, which belongs to the University of Alicante, just closed a commemorative celebration of his participation in Med-O-Med, and more in particular in the network of Botanical Gardens, whose link is the Andalusi and Arab culture all along the Mediterranean.

Last Wednesday, July 11th, the Botanical Garden of the Biological Station of Torretes (Ibis, Spain), organized a commemorative event to unveil the official plaque that presents the relation between both institutions. The Station of Torretes belongs to the Med-O-Med Network of Botanical Gardens since its launching in 2009. The Med-O-Med platform aims at preserving the natural and cultural heritage of the Mediterranean and the Middle East. 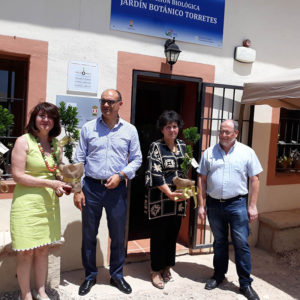 Once the plaque was unveiled, the Starion’s Director, Segundo Ríos, gave a specimen of the “Moorish Myrtle” 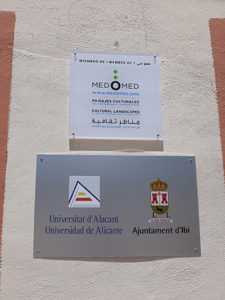 Once the plaque was unveiled, the Starion’s Director, Segundo Ríos, gave a specimen of the “Moorish Myrtle” (Myrtus baetica) to the town’s Major, the Dean and FUNCI’s representatives. This rare Andalusi plant aimed at symbolizing the brotherhood existing between the different institutions. This plant is almost extinct and represents a highly valued botanical and cultural material, recovered by Ibi’s Botanical Garden through its researches with other institutions. The event ended with a visit to Torrete’s facilities in which the group was able to see the new collections and remodeling, as well as the space that will hold, in the future, an Andalusi inspired garden. This garden will commemorate the character of Abu-S-Salt ibn Umayya al-Dani, a prominent Andalusi figure in the field of medicine. 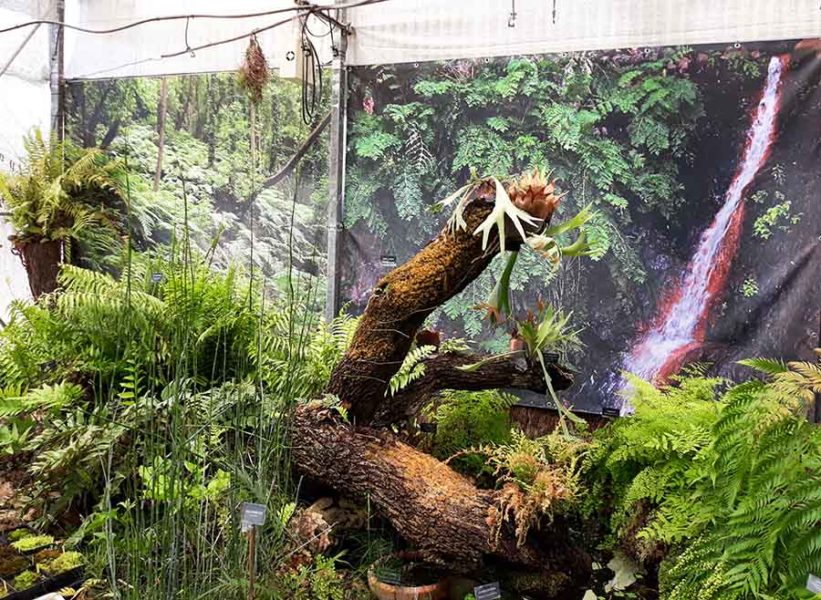 Biological Station of Torretes is as research, preservation and dissemination of Mediterranean Biodiversity within the University Research Institute CIBIO

The green areas surrounding the Biological Station have been adapted and landscaped with different plants and itineraries of botanical and ethnobotanical interest. In addition, the plant collections have the aim of preserving the traditional resources, common in the Mediterranean, European and Ibero-American culture.