The forestry engineer Enrique García Gómez reveals in ‘The intelligence of forests’ surprising secrets of a plant ecosystem threatened in half the planet.

Trees communicate with each other and warn each other of impending dangers. When an herbivorous animal attacks one of them, they secrete volatile substances to warn their fellows. And these, in turn, release toxic components so that their leaves are not digestible. And they can even be lethal. Trees function as complex and fascinating systems that act cooperatively to defend themselves, as forester Enrique García Gómez reveals in his latest book La inteligencia de los bosques (The intelligence of forests).

Cows, for example, in order to avoid these surprising plant protection mechanisms, eat grass in the opposite direction to the wind. If they eat it downwind, the grasses are less palatable. “This is an eco-evolution that has developed over tens of thousands of years,” says García Gómez, vice-dean of the Spanish Association of Forestry Engineers and director of the journal Foresta. “Plants evolve, but so do animals to adapt to these toxins. It is an alternating struggle in which there will be no winner”.

The book by the naturalist from Toledo is full of amazing secrets about an ecosystem that has survived hundreds of thousands of years and today is seriously threatened. The old trees, explains the expert, when they are at the end of their lives cede their reserves to the young ones so that they can thrive with sufficient vigor. “And they leave space for light, as well as water and nutrients for the new specimens,” he reveals. It is one of the many forms of symbiotic collaboration and mutual benefit that occurs within a forest.

García Gómez’s work is an unreserved praise for a millenary ecosystem that intertwines the life of plant, animal and fungal components in all its forms. “The intelligence of forests is a literary license. I am not trying to put human capacities in non-rational beings, but I do it to show their enormous complexity and how it is possible that life has given us this marvelous product of a long evolution,” he argues.

The trees in a forest not only cooperate but also maintain an arduous competition. “It’s not a happy coexistence,” he points out. And he again draws a certain parallel with human society. “We can be the most supportive, but we can also be the cruelest,” he says. “In the plant world, the same thing happens.” Apart from alliances to help each other, trees also fight for survival and vie for space, light, water and nutrients. “It’s an all-out struggle,” he says.

“The intelligence of forests is a literary license. I am not trying to put human capacities in non-rational beings, but I do it to show their enormous complexity and how it is possible that life has given us this marvelous product of a long evolution.”

The wide-ranging benefits of forests

The list of benefits of the forest is endless. “It palliates a lot of ills that humans produce,” the book’s author points out. “They clean the atmosphere and absorb CO2, which is the most powerful global warming gas. Their sequestration capacity is known. Forests are an impressive sink, but we cannot hold them solely responsible for buffering CO2 concentration. The ocean also acts as a CO2 sink but, unlike forests, it cannot be managed by human will.

Forests slow global warming, but they are also victims of it. Numerous studies indicate that tree stands are already suffering the consequences of rising temperatures. “In the Iberian Peninsula, for example, holm oaks are being displaced. They no longer regenerate in certain places because of the temperature or the scarcity of precipitation and give way to other more rustic and less demanding species, such as kermes oaks.” The same is happening with the beech forests, which are rising to high mountain peaks where until recently the cold and icy wind prevented them from doing so. “In the lower areas, other species are appearing that are better adapted to the lack of precipitation and a warmer climate.” 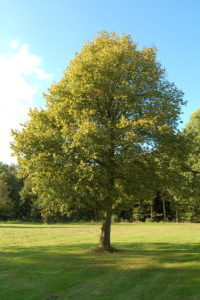 Many species will disappear or diminish and others that are accustomed to arid lands will expand. “The forests in Spain are already being transformed by the effects of climate change,” warns García Gómez. Flowering is being brought forward by around 20 days each year, while pollinating insects have failed to catch up. “The flowering cycle is being broken and there are already difficulties in future regeneration for certain species,” he warns.

All in all, Spain is the third largest forested country in Europe. It has 7,000 million trees and 15 million hectares of forests, according to data from the National Forest Inventory cited by Enrique García. Half of Spain’s territory is forested and a quarter is wooded. And, in recent decades, the forest area has been growing at a rate of 100,000 hectares per year.

The process of reforestation in Spain runs parallel to the same phenomenon in Europe. The reason is clear: villages are being abandoned, rural activity is declining and nature is recovering spaces lost centuries ago. “There is no repopulating activity of the State, but a rural deactivity,” explains the environmentalist. “The new vegetation and tree cover is produced by the work of nature. Before, there was an intensive use of the territory and we didn’t let it reforest because of the action of plows and herds.” In recent years, therefore, pine, fir, beech, oak and holm oak forests of yesteryear have been regenerating.

The process of reforestation in Spain runs parallel to the same phenomenon in Europe. The reason is clear: villages are being abandoned, rural activity is declining and nature is recovering spaces lost centuries ago.

Thanks to its orography and climatic variety, Spain continues to lead in biodiversity in Europe. “The differences in altitude and the number of mountain systems allow for a great diversity of species. In the rest of Europe that doesn’t happen,” García Gómez reasons. “We are very fortunate because we are rich in fauna and vegetation.” The tree mass has grown sustainably in recent decades, but our country contributes negatively to the worrying deforestation of the planet. “In Spain and in Europe, the tree surface area is greater than it was ten, twenty and thirty years ago, although the land we are gaining is being taken away from other developing countries,” he laments. And he adds: “We don’t like to remove forests or transform our forest mass, but we continue to bring wood derivatives from Indonesia, Malaysia, Vietnam or Brazil. We don’t deforest here, but we do it indirectly in other countries.”

Europe, therefore, has a responsibility in the process of deforestation of the planet. Some estimates put the tree mass that European countries contribute to removing from the world’s sensitive areas at 15%. “We must control these timber imports,” he pleads. Planetary deforestation is occurring at an alarming rate. In the last half century, we have witnessed the greatest loss of forest area in history. In 50 years, 15% of the world’s forests have evaporated, an area equivalent to Spain, France and Portugal. Some experts warn that at this rate, tropical forests and rainforests will disappear in a hundred years.

“Mathematical models predict so. It would be a catastrophe. Let’s hope mankind is not that crazy. Brazil is allowing excessive extraction. It is a planetary disaster because forests are the lungs of the Earth,” says García Gómez. If the forests disappear, the forestry engineer ventures, droughts will occur, the climate will become extreme, floods will abound, pollution will increase and we would approach “the brink of chaos for humanity”.