The Foundation of Islamic Culture (FUNCI), in collaboration with the City of Madrid’s Department of Environmental Education, is proud to present The Andalusian Garden. Orchards, Vegetable Gardens and Patios. The exhibition runs from April to the end of September in the Huerto del Retiro’s Environmental Education and Information Centre.

The project is designed to show the Hispano-Muslim garden as a place of peace and exchange, a hothouse of horticultural and cultural innovation. It became a meeting place for science, through the acclimatization of numerous botanical species intended for food production and medicinal use, together with spirituality and sensuality, through the enjoyment of the senses.

The Andalusian Garden. Orchards, Vegetable Gardens and Patios allows one to appreciate the most remarkable aspects of that brilliant medieval culture of water, reflected in the concept of the Vegetable Garden, the Scientific Garden, the Spiritual Garden and the Poetic Garden. These four perspectives are illustrated by panels with texts and images, models, facsimiles of botanical texts, ethnographic objects, scent samples and audio-visual elements. 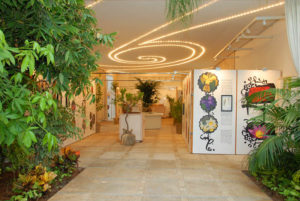 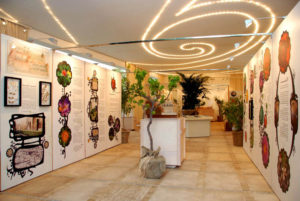 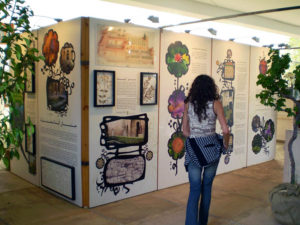 In addition, the exhibition will be accompanied by a series of talks and workshops given by prestigious specialists such as José Tito Rojo (University of Granada), who will discuss the design of the Andalusian garden, and Manuel Casares Porcel (University of Granada), who will give a talk on the Moorish Arrayán [vegetable garden]. A technician from the Environmental Education Centre will also run a workshop on Andalusian horticulture.

GUIDED TOURS TO THE EMIR MOHAMED I PARK 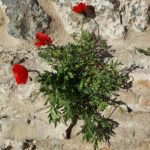 A number of educational activities will also take place, such as guided tours of the Andalusian-inspired garden in Emir Mohamed I Park, located near the remains of the original Arab wall, which FUNCI, in collaboration with the City Council, is preparing for pedagogical purposes. The project consists of the progressive introduction of botanical species typical of the period, along with the corresponding historical and ethnobotanical explanations.

“The Andalusian Garden” has an international background. It was created as part of the Med-O-Med, Cultural Landscapes of the Mediterranean and Middle East Program, an organisation involving 23 countries, promoted and coordinated by FUNCI since 2009. The exhibition has not only travelled to emblematic places such as the Alhambra de Granada, Toledo, The Alcázar of Seville, the Botanical Garden of Cordoba and the Botanical Garden of Madrid, but also to Morocco, Lebanon, Kuwait and Saudi Arabia. It has had a record number of visitors and had an enormous impact from the educational point of view and with the general public.

“Botany and landscape also lead to dialogue and understanding between peoples. The Andalusian garden holds the key to a civilization that loves nature and which is respectful of its surroundings, which could very well be applied to the environmental challenges of currently facing us”. Cherif Abderrahman Jah

According to the President of FUNCI and curator of the exhibition, Cherif Abderrahman Jah, “botany and landscape also lead to dialogue and understanding between peoples. The Andalusian garden holds the key to a civilization that loves nature and which is respectful of its surroundings, which could very well be applied to the environmental challenges of currently facing us”.

During the six months that the exhibition at the Huerto del Retiro’s Environmental Education and Information Center is open, residents of Madrid and visitors to the city will have the opportunity to learn about the rich cultural and natural heritage of al-Andalus. A largely unknown legacy, and one which is closely linked to the capital of Spain, the only European capital of Islamic origin, which for this reason could serve as a bridge of dialogue and coexistence between the north and south of the Mediterranean. 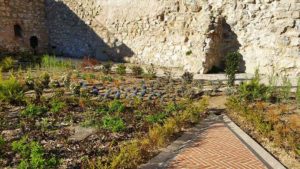 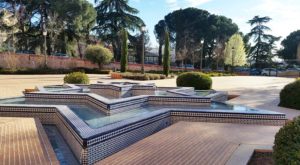 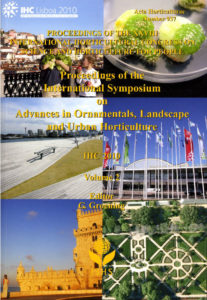 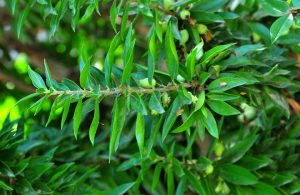 The Forgotten Myrtle of the Alhambra Gardens of Granada 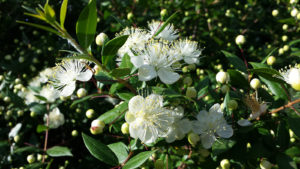