An important part of the Arab lifestyle takes place around the table, savouring a good dish of which the look and flavour have been made entirely irresistible due to the magic of spices. However the truth is that behind this delightful dish there is a long history of wars, crimes, slavery, unscrupulous weath and also the great names of legends such as Marco Polo, and Simbad.

We tend to take for granted the great value of spices, nowadays we routinely add them to our dishes, and they are available now in any supermarket. But at one time rents and even taxes were paid with spices; even the freedom of a slave could be purchased iwith 500 grams of pepper.

Arab cooking uses more spices than almost any other cuisine and the Arab Peninsula has always been linked with these products. In the fifth century Herodot, ‘the father of History’ proclaimed: ‘All the country is perfumed with spices and exhales a wonderful sweet fragrance’’. 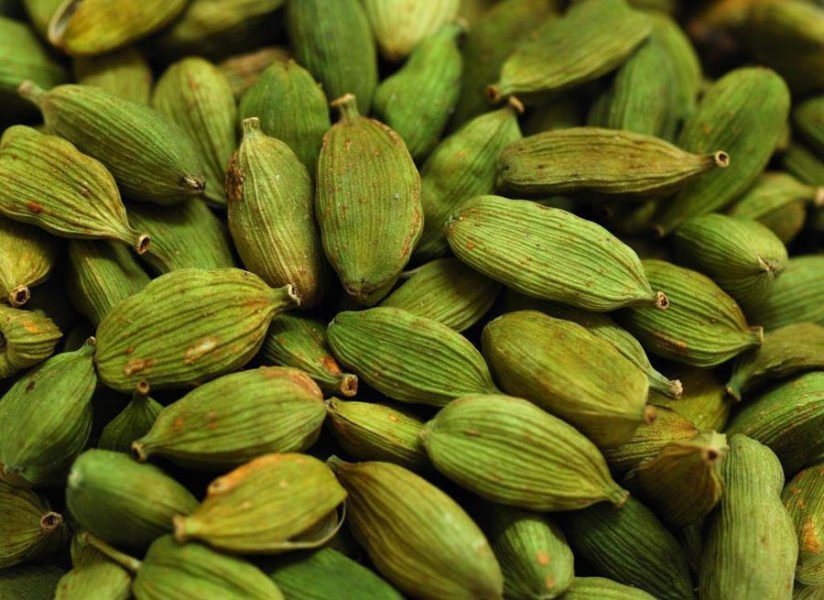 For centuries the arabs were reknowned sellers of ginger, cardamon, nutmeg, pepper, cinnamon and more, which were transported to Venice and from there distruibuted throughout Europe. The arabs even had the monopoly on some spices and kept their provenance a secret. In Meca the powerful tribe Quraysh -from which Muhammad the Prophet comes-, kept a commercial trade sending caravans to Syria, and spices were amongst the most valuable merchandise. People from everywhere made a journey to this centre of pilgrimage even in pre-Islamic times, and their own cooking styles further enriched the local dishes.

Some of the main spices

Cardamon is one of the most used spices in arab cooking, and is considered essential in the Gulf area where people dissolve it in coffee as a symbol of hospitality since it is one of the most expensive spices, along with saffron. The ‘sanush’, of which the Prophet claimed that ‘it cures everything except death’, is used to give flavour to oven-prepared dishes. 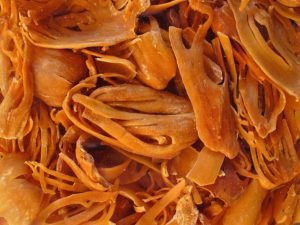 Amongs lesser known spices of the arab world we find dry limes, macis (or aril of nutmeg) and also ‘shaybah’. The dry limes give a shiny look as well as flavour to stews and fish dishes; they may be used grated or whole, taking care to remove them from the dish before it is served. Arabian rubber is also popular, it is the resin exuded by the cork of certain trees. Known for its use in varnishes, it is one of the basic ingredients of the popular ‘chawarma’. Of ‘shaybah’ we may say that its metallic flavour is ideal to season meat dishes and vegetable stews.

Other interesting ingredients of the arab cuisine are water of roses, and also a kind of oregan called ‘zatar’, which is much valued. The especial richness of arab cooking is due to these little-known and unique spices .