Black cumin, as it is called in Egypt, its land of origin, although in Spain it is known as neguilla or ajenuz (nigella in English). The Prophet Muhammad said that it is ‘the remedy for all diseases except death’. Black cumin does cure almost all diseases. The small black seeds of Nigella sativa contain more than 100 components that are beneficial to the body’s immune system, by alleviating cardiovascular diseases, laryngitis, bronchitis, asthma, excessive cholesterol, blood pressure problems, liver diseases, rheumatic pains and dermatological complaints such as psoriasis, eczema, and acne. Black cumin has proven very effective in cases of diabetes and, most recently, it is known to be efficient for the cell growth and the inhibition of cancerous tumours. 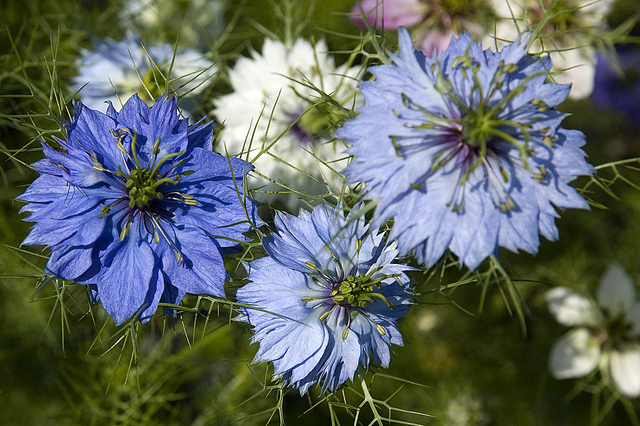 Nigella sativa can be used internally or externally, in the latter case in oil form. It is known since antiquity. Ibn Sina (Avicenna) mentions it in his ‘Canon of Medicine’, and the pharaohs of Egypt used to place it in their tombs. Cleopatra used its oil as a cosmetic treatment, since this plant helps improves skin’s appearance, and is excellent for the hair.

The Prophet Muhammad said that it is ‘the remedy for all diseases except death’.

Thus, the list of illnesses that can be treated with black cumin is long. Suffice is to say that the Arabs call it ‘Habbat al-baraka’, blessed seed, and usually sprinkle it over salads instead of pepper.

Black cumin can be drunk in the form of infusion about three times a day (one tablespoon per cup), or alternatively four or five drops of its oil are swallowed in a warm drink. It should never be cooked, since it loses its properties, nor taken in large doses, since it can be life-threatening.