MAKKAH: Hima Well, one of the most ancient and significant stops along the ancient trade routes of Arabia, untouched and unaltered, continues to fascinate researchers and archaeologists.

The site, about 140 km north of the city of Najran, is well preserved, and with its largely intact rock art depicting humans, animals, hunting tools, bows and spears and more, shows a picture of what was once an ancient route for caravans traveling from the southern regions of the Arabian Peninsula to its north.

Saleh Al-Muraih, a historical researcher specializing in the tourism and archaeology of Najran, told Arab News:

“Hima Well is one of the most important historical sites in the Kingdom and contains numerous rock inscriptions and drawings that date back to before 3000 BC.”

“The site is made out of a series of seven fresh water wells covering an area of 30 km, which includes more than 200 sites containing rock inscriptions and drawings, graves, stone circles and historical wells,” he said. 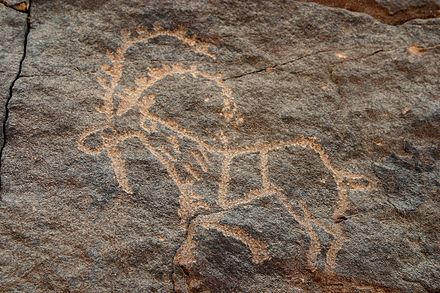 Al-Muraih added: “Hima was the starting point for commercial caravans that gathered at the wells before taking one of two main roads. The firsts of these roads used to lead to Mesopotamia after passing through Al-Faw (also known as Qariah, an ancient city on the outskirts of the Empty Quarter), which is the archaeological site of the Kindah and Al-Yamama regions, known today as Najd. The second road used to lead to the Levant and Egypt after passing through the Hijaz region.”

Its dense rock art engravings are the legacy of the hundreds of caravans, departing from Al-Okhdood in the south, that passed by the well over the years. Ancient South Arabian script (Musnad), the South Arabian language or the Thamudic language can be found on these engravings alongside depictions of flora and fauna.

“The Saudi government took care of Hima Well, and there are fantastic fencing works taking place. This is coupled with continuous scientific research that has studied the site and we hope for the completion of the procedures that would see the addition of the site to UNESCO’s World Heritage List,” Al-Muraih said.

The preservation of cultural and touristic sites 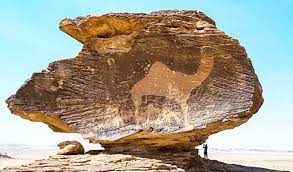 “There has been numerous land surveys and protection efforts exerted in the area. Fortunately, Hima does not have any violations or anything that could harm these monuments, while the people of the region are highly cultured when it comes to protecting these sites and therefore preserving these significant historical monuments,” he said.

As one of Najran’s 86 historical sites, Hima Well combines heritage and tourism in one area. Tour guides, a cooperative local community and cooperative government bodies are all on hand to speak about the historic significance of the well.

Dr. Salma Hawsawi, professor of ancient history at King Saud University, told Arab News: “The Kingdom has a great deal of archaeological sites and historical cities that have witnessed construction works over the course of thousands of years. They are truly worthy of preservation and development so that they can cope with the current requirements.”

“The Kingdom has a great deal of archaeological sites and historical cities that have witnessed construction works over the course of thousands of years. They are truly worthy of preservation and development so that they can cope with the current requirements.”

She added: “Historical cities, regardless of their history and origins, are many. Among those worth mentioning is the southwestern city of Najran, which was mentioned by numerous classical historians such as Strabo, in his book ‘Geography,’ where he called it Negrana, as he talked about the Roman campaigns in the Arabian Peninsula in the years 24-25 BC, and Ptolemy, who referred to it as Negara Metropolis.”

“In his book, Yaqut Al-Hamawi, a Muslim historian, said that the city was named after the first person that inhabited it, Najran bin Zaydan bin Sabaa. What also confirms how old this city was is the mention of its name in the inscriptions of Sabaean rulers such as Karib’il, Samah Ali Yanuf and Yitha’amar Bayyin,” she said.

According to Dr. Hawsawi, the geographical importance of the Kingdom’s southwestern region stems from its location between Africa and Asia. This is coupled with the importance of the coastal region in terms of migration, and some settlements are found to date back from the first century BC to the Islamic era.

“Archaeological excavations carried out by SCTH discovered that the city of Najran is among the oldest inhabited places. It did so through archaeological evidence found at various sites belonging to different periods in history, starting with the ancient Stone Age to the Islamic era,” she said.

Hawsawi said: “Rock art and inscriptions are the elements that most distinguish the region’s monuments, as they provided us with a lot of information regarding clothes, accessories, weapons, stone stoves, rectangular and conical structures and tanks, especially around the Hima Well area.”

Most of the region’s rock drawings showcase camels, cows, goats and geese, along with some predatory animals such as lions and wolves, Dr. Hawsawi said. “Ostriches were given special attention in terms of their decoration and size, in addition to them being drawn in various positions, highlighting the significance of this animal.” 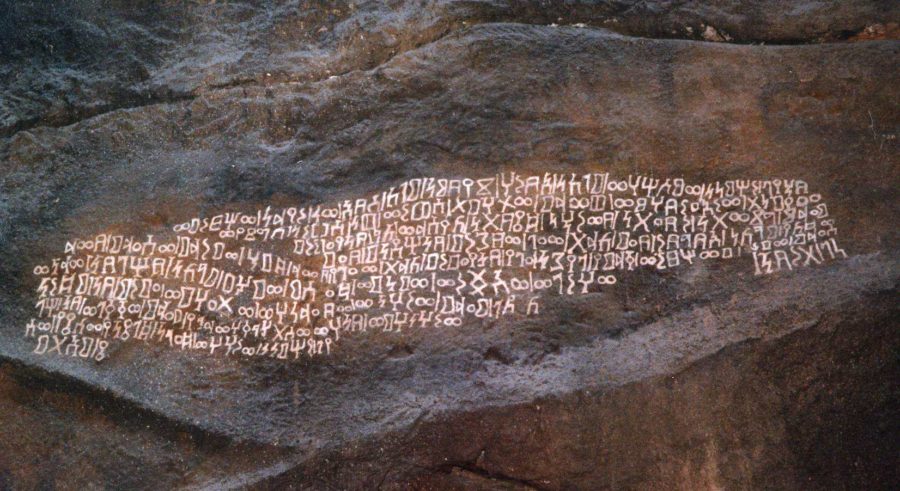 The drawings show horse battles, where knights used spears, and limited hunting scenes, where dogs were used to hunt goats, she said, noting that “there are drawings of humans that are larger than the normal size, while some of them had their heads covered. Men’s beards were shown clearly. Humans wore necklaces and collars, while some men wore anklets to produce sounds that suit the dance moves and music. Outfits were made out of short gowns that were wrapped around the middle. Other drawings showed people dancing with musical instruments that resemble the rebab.”

Dr. Hawsawi said: “Thamudic writings were found in the region in large quantities, followed by the Ancient South Arabian script and the Kufic script, which dates back to the Islamic era. The multiplicity of scripts found in the region sheds light on the succession of civilizations. In addition, Ancient South Arabian script inscriptions found engraved on top of Thamudic inscriptions highlights how old the Thamudic script really is.”

The geographical importance of the Kingdom’s southwestern region stems from its location between Africa and Asia.

“Most of the inscriptions consist of names such as ‘Saad,’ ‘Awathat’ and ‘Rafadat,’ and of deities such as ‘Al’ and ‘Kahl,’ while inscriptions were usually found next to drawings of animals,” she said.

Dr. Hawsawi said that “among the long inscriptions is a 12-line one belonging to King ‘Dhu Nuwas,’ in which he described his victory over the Ethiopians in 512.”

To date, 1,293 human drawings, 5,121 animal drawings, 3,616 Thamudic inscriptions, 2,775 Ancient South Arabian script inscriptions and three Nabataean inscriptions have been found in the region, while search and excavation operations are continuing in the Kingdom in general, and the region in particular, to uncover more monuments and historical cultural heritage.