It is widely believed that tulips were introduced into Europe through Holland, a country which has, itself, embracedthe flower as its symbol. However, this belief is far from the truth: tulips arrived to Europe through Al-Andalus. 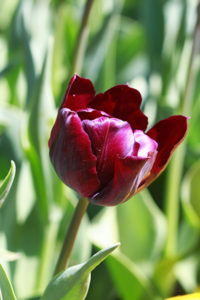 The origin of these flowers is not subject to discussion, as all experts acknowledge that the tulips were inherited by the Turks from the Seljuq dynasty. In fact, the tulip is the national flower in Iran and Turkey, and it is shown in many ornamental designs in pottery and textiles. But its origin also dates back to the Netherlands, where it has been grown for more than four hundred years. It is here where the controversy arises, regarding the arrival of this flower to Europe.

The argument that has made of the Netherlands the main producer of this ornamental plant worldwide lies on the legend according to which it was the Flemish botanist Charles L’Ecluse who introduced the flower in the country, after seeing it in Vienna, where it had arrived thanks to the expansion of the Ottoman Empire.

However, during the Taifa kingdoms, in the 11th century, Muslims living in the South of the Iberian Peninsula already cultivated this plant, according to the journal Economic Botany, published by the Botanic Garden of New York. This research was promoted by a scientific team of the University of Cordoba, led by researchers Esteban Hernández Bermejo and Expiracion García Sánchez, and in collaboration with the School of Arabic Studies of Granada (belonging to the Spanish National Research Council).

In the 11th century, Muslims living in the South of the Iberian Peninsula already cultivated this plant, according to the journal Economic Botany. 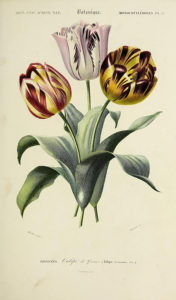 As it is well known, the arrival of Muslims to the Iberian Peninsula led to a period of prolific scientific developments, including, of course, botany. Professor Hernández Berejo explains that they worked with different Arabists to translate the original texts, and states that “there were scholars that gathered so much knowledge on plants that it is surprising even today”.

The Umdat al-tabib (11th-12th century), a work on botany usually accredited to the agronomist from Seville Abu-l-Jayr, already gathered the decorative use of this flower in Al-Andalus. This work is the most important contribution to the wild flora of Al-Andalus and the Western Mediterranean, but it is not its only evidence.

One century later, another agronomist from Seville, Ibn Al-Awwam, wrote the Kitab al-Filaha, or Book of Agriculture, one of the few Al-Andalus’ treaties on agriculture whose content has been fully preserved. The value of this encyclopedia on rural economy lies in the many quotations from Eastern and Al-Andalus sources it gathers. Ibn Al-Awwam called the tulips the “Macedonian onion”, and stated that it was a “type of yellow daffodil coming from Macedonia, province of Alexandria. Its flower is yellow on the inside and pink on the outside, in the shape of a cube. Inside, there is another beautiful and aromatic flower. It grows in humid and mountainous places, and it is grown like the yellow daffodil”. 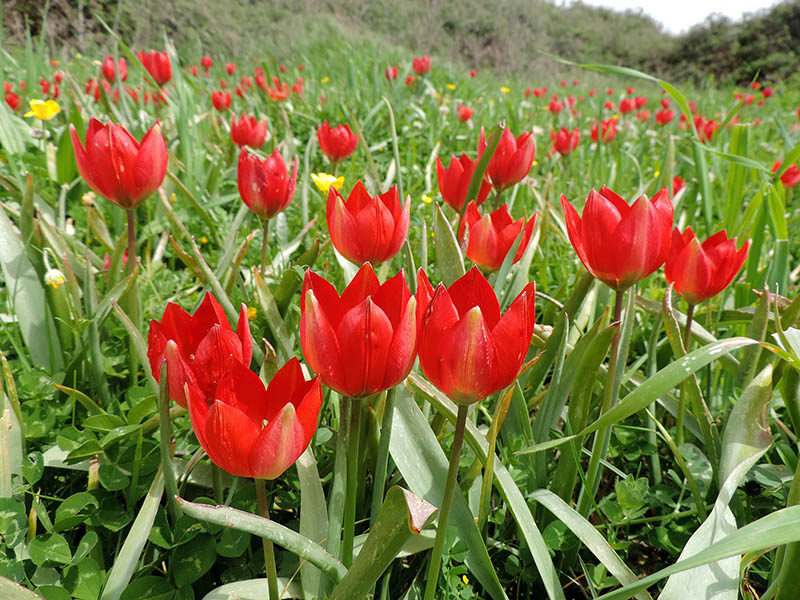 It was this description of a “Macedonian onion with a flower in the shape of a cube” that confused the scientific team and didn’t allow them to identify it with the tulip. However, after comparing the description with the Umda work, and especially with the morphologic descriptions of the flower, its leaves, roots, and flowering season, they realized that they had stumbled upon the first evidence of tulips in Europe.

Ibn Al-Awwam called the tulips the “Macedonian onion”, and stated that it was a “type of yellow daffodil coming from Macedonia, province of Alexandria.

This evidence has been confirmed by the discovery of Al-Andalus pottery with ornamental designs of this flower. “These findings are the conclusive evidence that the tulip reached Europe five centuries earlier than we thought”, explains the researcher. The introducer of this flower would, thus, have been Ibn Bassal, botanist from Toledo in the 11th century, who originated from a family specialized in the cultivation of bulbous plants, and who, through his many trips to the East, introduced many vegetable species then unknown in the Iberian Peninsula.