Valencian orchards, in Spain, are a singularity. Made up of a system of canals inherited by the Muslims, they have resisted the pressure of the 1.2 million people the city and its metropolitan area have today. Their size has decreased over time, and they are always threated by real-estate speculation and infrastructures, but they still hold an important historical, agricultural and landscaping heritage. This reason led the Food and Agriculture Organization of the United Nations (FAO) to declare the historical irrigation land of l’Horta de València (the Valencian Orchard) a Global Important Agricultural Heritage System (GIAHS). The notion of GIAHS was created by FAO in 2002 to promote and ensure the future of traditional agricultural systems that have shaped “esthetically impressive landscapes and that combine agricultural biodiversity with resilient ecosystems and a meaningful cultural heritage”.

Valencian orchards, in Spain, are a singularity. Made up of a system of canals inherited by the Muslims, they have resisted the pressure of the 1.2 million people the city and its metropolitan area have today.

The singular landscape of the Valencian orchards, made up of agricultural fields, water ditches, rural routes, and traditional buildings (barracks and alquerias [small rural communities from the Al-Andalus period]), as well as the Natural Park of Albufera, “has been shaped by an irrigation system whose water is provided by the Turia river, and whose roots are found in the Arab heritage”. It is an irrigation system that has been shaped for centuries. 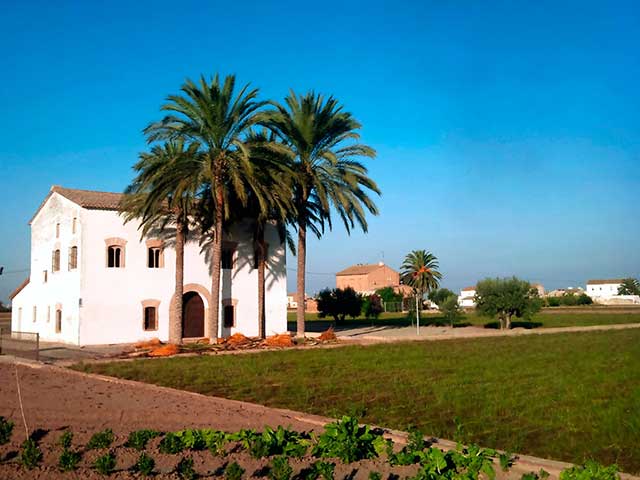 A model of sustainability, self-sufficiency and food sovereignty, the Valencia orchard contributes to regulate the weather and generates a ring of biodiversity, aeration and water flow. In fact, the metropolitan area of Valencia is the only one in Europe that continues to have a suburban agricultural ring. Nonetheless, it is currently threatened, as half of it has been destroyed throughout the 20th century. Governments have prioritized the urban, touristic, and industrial expansion, the massive infrastructures and real-estate speculation.

The Forn de Barraca was a centenary alqueria, located in the orchards of Valencia and Alboraya. When the state decided that they needed to expand the V-21highway, without prior consulting, they destroyed 64,000 m2 of the region’s most profitable orchard, and, of course, its historical alquerias.

A model of sustainability, self-sufficiency and food sovereignty, the Valencia orchard contributes to regulate the weather and generates a ring of biodiversity, aeration and water flow.

For years, activists have defended alternative projects to the highway. They have protested, written articles and designed proposals, but the authorities didn’t listen to them. Sick and tired, they entered the orchard and, for days, the stopped the building machines, with wide public support, and opened a debate on the model of society we want to have. As its sole answer, the authorities sent security forces to oust them. 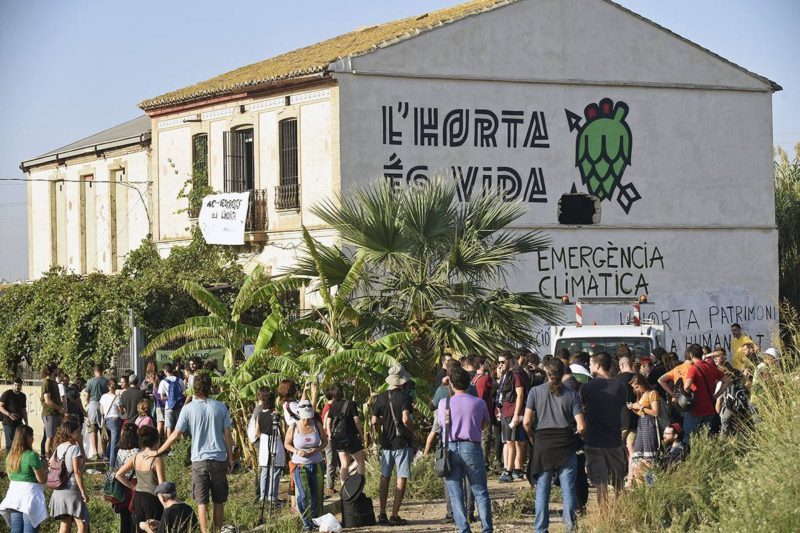 To tell this story, a documentary on the fight to defend the orchard has been published. It tells the story of the Forn of Barraca, but also of the resistance of the orchards of Benimaclet and La Punta, the Alboraya, and others. The story is told by the main actors involved: the farmers, neighbors, and activists.

It is both a reflection and a cry for a future that opens a much needed debate on climatic emergency, sustainability, and the future of our land. 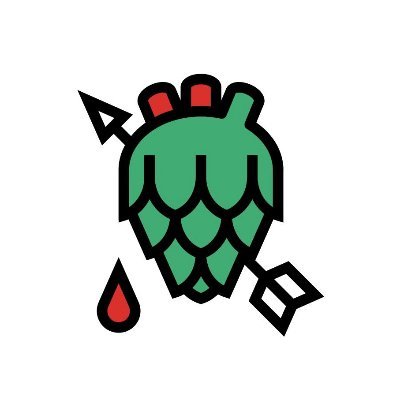 “As much as the wind blows, the stars won’t stop shining” is a popular saying from Valencia, that reminds us that, in spite of everything, we are still alive and resisting. “Per molt que bufe el vent” (As much as the wind blows) is directed by the journalist and documentarist David Segarra, director of “Sabios de la huerta” (Wisemen of the orchard) and “La Mola es nuestra” (La Mola is ours). He was one of the founders of the journal “El Avance” in 1999, in charge of the news on the fight for the Orchards of La Punta and Benimaclet.

The documentary has been coordinated by the movements of defense of the orchard and its territory. In addition, it is possible to collaborate in the funding of the documentary through a crowdfunding campaign.