At the beginning of 2019, Science magazine published an alarming article, written by the Chinese Academy of Science, that informed of the growing rising temperatures of the oceans, which are higher every year. For the last 13 years, this research group has used a novel measuring system called “Argo”, which consists of a wide net of autonomous floaters gathering information, and whose accuracy far exceeds the measuring systems used in the previous decades.

The research verified an increase of ocean temperatures of 0.1ºC between 1971 and 2010, at 2000 meters-depth. Although for the general public this must not seem like a big variation, this subtle change might lead to a rise in the water level of approximately 30-100 cm by the year 2100, in addition to having a significant impact on the planet’s flora and wildlife. Some of its consequences could already be felt in 2018, among them, the degradation of coral reefs, the decrease in oxygen levels, the gradual melting of ice caps, or the stronger rains and storms. Hurricanes Harvey, in 2017, and Florence, in 2018, which hit the Atlantic coasts of Central America and the United States, are also a consequence of the increase in climate change.

The impact of climate change in the Mediterranean region 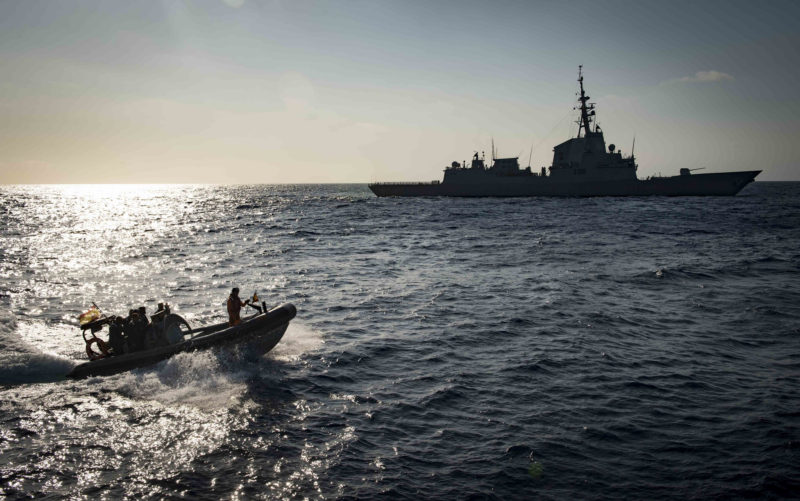 The Mediterranean region has not been immune to climate change. What’s more, the reports published by the International Union for Conservation of Nature (IUCN) –a member of the Med-O-Med network– consider this sea to be one of the most vulnerable environmental areas, a fact worsened by its daily high volume of transport (more than 100,000 ships cross the Strait of Gibraltar every year), and by the dependence its Northern and Southern countries have of it.

This high volume of transport has important repercussions for the pollutions of its waters, due to its exposure to oil and chemicals. According to the numbers provided by Green Peace, the Mediterranean Sea represents only a 0.7% of the planet’s sea surface. In spite of this, it comprises a 17% of its polluted water. In addition to this, we need to take into account its concentration of heavy metals, which presents high levels of mercury, cadmium, iron, and zinc. This concentration constitutes an important danger for the region’s flora and wildlife, as well as for its environmental sustainability.

The Mediterranean Sea represents only a 0.7% of the planet’s sea surface, and, yet, it comprises a 17% of its polluted water. 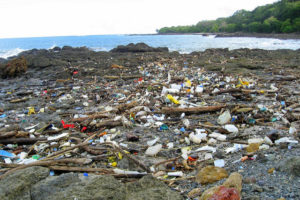 Similarly alarming, the WWF (World Wildlife Fund) warned on the impact that massive tourism was having on the region. As a consequence of the increase in the standards of living and the promotion of cheaper means of transport, it is estimated that, by 2025, the number of tourists across the world will have raised to 665 million per year. This, of course, will have important consequences for the region, such as the damaging of natural areas, the decline in wet areas, or the decrease of water availability in the region, something that can already be noticed in France, Italy, Greece or Spain (see, for instance, the loss of water resources in Doñana National Park, a fact recently brought before the EU’s Court of Justice by the European Commission).

The rise in temperatures, as consequence of climate change, will also modify some of the characteristics of this touristic destinations. For instance, the decline in water availability, the loss of biodiversity, the decrease in agricultural productivity, the destruction of natural landscapes, or the erosion of the coast. In some of the traditional sun and beach destinations, such as Greece, it is expected that, in the next quarter of a century, temperatures above 35ºC will last several weeks longer, as will do the nights with temperatures above 20ºC. In addition to the environmental effects described, these changes will have important repercussions on its tourism model and users.

This situation is especially delicate in the Middle East and the north of Africa, where temperatures are usually higher and water supplies scarcer. The impact of climate change might lead to an increase in extreme temperatures, especially in the Persian Gulf, prone to high temperatures. Another study of Nature showed that, if this trend continues, the region could be uninhabitable by the end of the century. The effects of climate change have already translated in the intense droughts that have hit the region, from Morocco to Egypt.

But this doesn’t only translate in the more obvious food and economic consequences, but imply a whole range of social and geopolitical repercussions. A good example of is the increase in migrations as a result of climate change. For instance, in 2011, year of the so called Arab Spring, more than 40 million people left their homes for environmental reasons, which directly affected, for example, the outbreak of protests in Syria, whose civil war is still ongoing today. The change in temperatures could also imply a decrease in water supplies in the region, an issue that, for years, has contributed to the region’s political instability, as shown, for instance, in the conflicts between Jordan, Palestine and Israel for the control of the Jordan river.

For years, the International Union for Conservation of Nature (IUCN, member of the Med-O-Med network), through its Center for Cooperation in the Mediterranean, has promoted several projects for the monitoring and fight against climate change in the region. Among the many activities launched, we can highlight four campaigns: 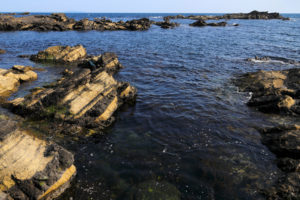 Life AdaptMed: a project to fight against climate change in ecosystems of special social and heritage importance for Spain. This campaign, which combines monitoring and raising-awareness measures, focuses on three areas of special interest for the country: Doñana Natural Park, Sierra Nevada, and the Cabo de Gata Natural Park.

Life Blue Natura: which aims at quantifying blue carbon (carbon emissions captured by oceans and coastal ecosystems) in the Mediterranean, and the protection of coasts, also focusing on the Andalusia region.

MEDMIS: the launching of a groundbreaking digital platform to control the spreading of invasive species to protected areas of the Mediterranean.

The Med-O-Med, a platform for the conservation of the region

Since the creation of our program Med-O-Med, Cultural Landscapes of the Mediterranean and the Middle East in 2009, we have worked for the protection of the material and immaterial heritage of the Mediterranean region. The launching of the project was a direct answer to the alarming environmental damages experienced in the last decades, as well as to the acknowledging of a gap between the resources granted to the Southern and Northern shores of the Mediterranean. The growing impact of climate change and the slow governmental answer given demanded a higher awareness and efforts in this line of work.

The launching of the project was a direct answer to the alarming environmental damages experienced in the last decades, as well as to the acknowledging of a gap between the resources granted to the Southern and Northern shores of the Mediterranean. 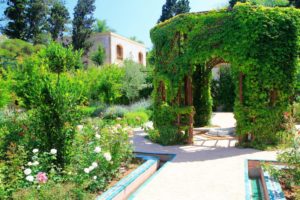 Since then, we have worked for the promotion of a greater environmental sensibility and a direct action against the many threats to the Mediterranean, with a special focus on the MENA region, as the Mediterranean’s less attended area. We can highlight, in this sense, the creation and promotion of Andalusi gardens, environmentally sustainable and that contribute to the recovery of tradition environmental techniques and to the protection of the region’s heritage. All this keeping in line, always, with a transversal perspective, that links culture, environment and the protection of human rights. In addition to the many Andalusi garden projects promoted throughout the region (such as Morocco, Libya, Syria or Palestine, among others), we find another example in the “Green Doueir, Clever Doueir” project for the environmental rehabilitation of the Doueir municipality in the South of Lebanon. The project, funded by the European Union, aimed at improving the city’s waste management, as well as to raise awareness among its population on the importance of protecting the environment.

The environmental degradation and the impact of climate change, as well as the consequences highlighted throughout the article, show the relevance of these kind of projects and the growing importance of promoting environmental actions, in order to revert the effects of climate change and the worrying data gathered in the latest reports published.