“La Almajara del Sur”, in Murcia, South East of Spain, is a farm that opts for organic agriculture and the choice of “free” non-patented seeds. Its philosophy supports the idea of food sovereignty that we defend in Med-O-Med.

Rafael García, agricultural engineer, and Javier Cerezuela, biologist, have been working for over a decade to contain the extinction of Murcia’s traditional horticultural crops. An 80 % of them are currently endangered. We are talking about more than a thousand native vegetables. Green gold. 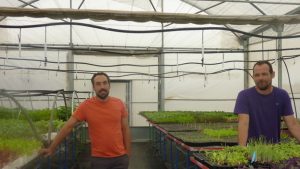 It’s been five years since they created their own garden center, La Almajara Sur, in the town of Cehegín, in the North East part of the region.

Rafael and Javier work with seeds of traditional varieties, but also with free seeds, which are left out of the patent system. It is an ethical commitment. And there are few farms as theirs in Spain. “You can count the organic farms opting for this type of seeds on the fingers of one hand, most organic farms production is carried out in conventional ways”.

Their interest for traditional organic seeds began in 2008, so they decided to join a research group in the University of Murcia (UMU).

“We typified old seeds in a bank of the University of Murcia, where we worked for professor José María Egea, very well known for his projects of recovery of local varieties, a process carried out especially in small inland towns. In the more industrial areas such as Campo de Cartagena or Valle del Guadalentín, people doesn’t keep the seeds anymore”, explains Rafael. “Egea’s research was more concentrated in the North East region, in the Serranía del Segura”.

Rafael and Javier work with seeds of traditional varieties, but also with free seeds, which are left out of the patent system.

Rafael and Javier “revitalized” those studies. “We created an association for the exchange of seeds”, which is part of the Spanish National Seeds Network. They also created the farm to spread the varieties and to introduce them in the market chain, “even if it was only at a small scale, among the organic farmers”, as a strategy for the varieties’ in situ conservation. 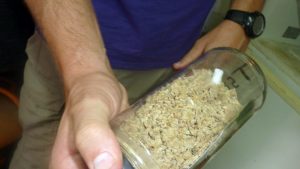 The seeds they work with are free seeds, which means they are independent from the multinational companies’ system that commercializes patent-protected seeds. “Our decision was not to use patented or hybrid seeds. Most of them are certified, because we buy them from independent companies that specialize in this type of seeds”.

In Spain, there is only one, “that we know of”: Les Refardes, in Catalunya. In France, there is a bigger peasants movement and there are more. But it is specially in Austria, Germany and Italy “where there are still free seeds companies working, which don’t work with hybrids or patents”, explains Rafael, while Javier rushes around the farm in order to prepare the next orders.

“Ethically, we are trying to do our bit to decommercialize this issue. To lose our ownership over the seeds, which shouldn’t have a physical owner, it is dangerous for the achievement of food sovereignty”.

They work with many varieties of tomatoes, pepper, eggplant, pumpkin or green beans. “There are plenty of varieties, although we have cut it down to those better valued by producers and consumers.” 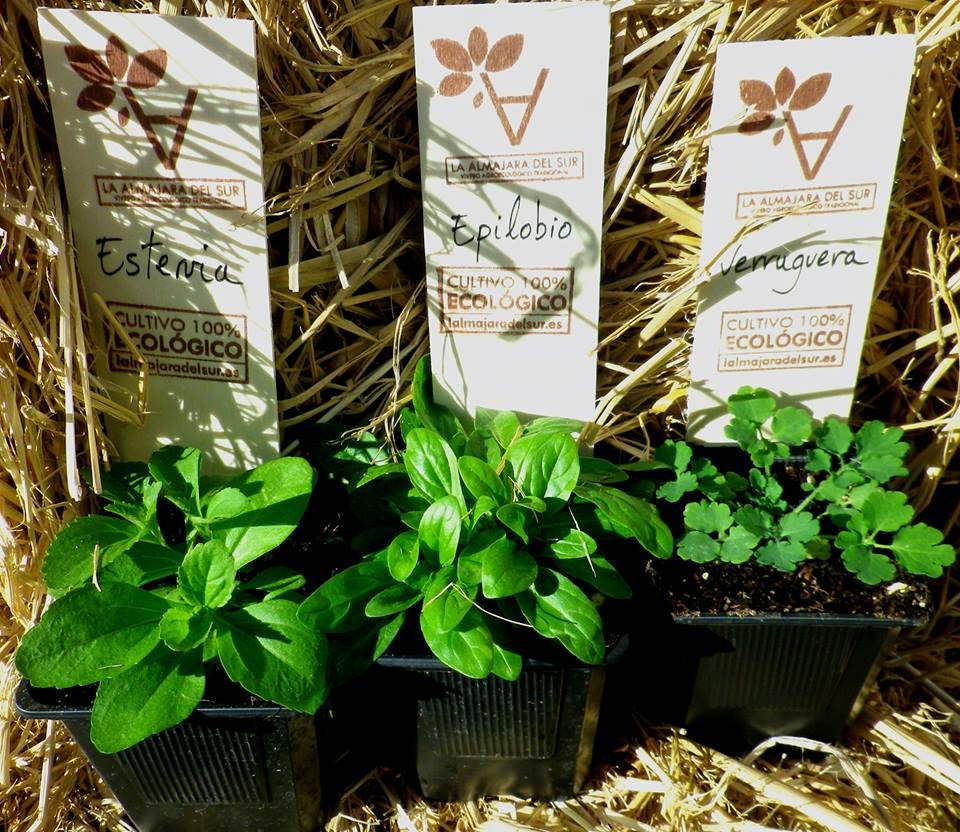 Their public consists of small and medium-sized farmers. One of the farm’s main goals is to give the producers and consumers the opportunity to differentiate themselves with varieties that are not found in the mainstream market.

A 60% of their clients are local farmers, and the rest, amateur farmers that have their own vegetable garden. “There has been a growing demand lately, because of the increase of urban or terrace gardens.”

“It is an ethical commitment. And there are few farms as theirs in Spain. You can count the organic farms opting for this type of seeds on the fingers of one hand, most organic farms production is carried out in conventional ways”.

“However, it’s not easy for them, because traditional varieties are very special. They are not like hybrids, to which you can just throw a couple of products and they will come out perfect. You need to take into consideration many aspects, you need to see how they adapt to the terrain, how they react, and big famers don’t have that time. They can’t introduce them to their productive systems.”

Traditional and free seeds “are more expensive” because the companies growing them are not very mechanized and carry out a very artisanal work. 80% of the varieties arriving to La Almajara del Sur are bought, and “those specific to Murcia have to be cultivated by us, if not, nobody does it. You can’t find them anywhere”. 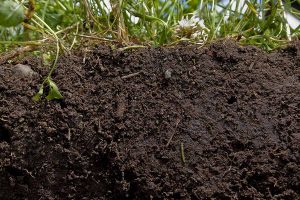 They speak while pointing out to one of their warehouses’ shelves, where they have dozens and dozens of seeds they have exchanged through the Seeds Network. “We haven’t tried them all yet. Every year, we experiment with some of them and reproduce those we already have”.

Those they know that work are kept in a “normal” fridge. “But before, we have to dry them and to reduce the humidity a 5%, before introducing them into hermetic jars. That way we reduce their degeneration.”

The crops’ seeding is also done by hand, they explain while pointing to a purple cauliflower and a pak choi they have on the table. “It is a Chinese cabbage, it has plenty of iron and has been very demanded lately.”

As a fertilizer, they use an organic peat moss, which doesn’t use chemical products, but earthworm humus and coconut fiber. “This is the biggest challenge for organic farming, because peat moss is not a sustainable resource. Even though it regenerates naturally, it is used faster than it takes to regenerate”.

Their range of action goes from Almeria to Alicante, passing through Murcia, “and sometimes it even reaches Albacete or Jaen”.