The Moroccan Agronomic Research Institute (INRA) has organised this Tuesday 17th June, in collaboration with the Islamic Culture Foundation (FUNCI), an open doors day at the Botanic Garden of Rabat (Jardin d’Essais Botaniques) on the first anniversary of its inauguration, after rehabilitation, by H.M. King Mohammed VI last year at this time. 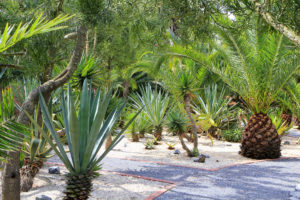 The aim of this initiative is to increase the awareness of this enormous landscape and plant heritage among the population of Morocco’s capital. There is in the heart of this historical space of over 17 hectares an al-Andalus-style garden designed by FUNCI within the framework of its programme Med-O-Med. Next to it, a neo-Maurish pavilion or minzah has been restored, which hosts the exhibition ‘Al-Andalus, a water culture’. 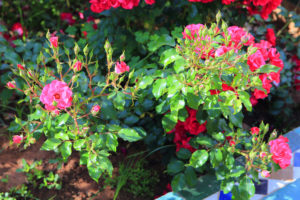 This project is part of the educational programmes of the Botanic Garden, primarily as a garden for acclimatisation of species. It was created in 1924 by the French landscape designer Jan Nicolas Forestier. The Botanic Garden has been included within the historic perimeter declared World Heritage by UNESCO in 2012 and it is also part of the Med-O-Med Botanic Gardens Network. It contains over 650 ornamental and fruit species of local, tropical, subtropical and desert origin. By way of example, the arboretum is home to a wide genetic variety which consists of 27 families in 44 species. 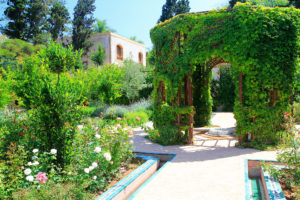 On the occasion of the open doors day, several guided thematic tours will be offered throughout the entire Botanic Garden by specialists in botany and landscaping. For its part, FUNCI will offer, in addition to the guided visit to the al-Andalus-style garden, the possibility to watch ‘The voices of water’, a documentary short film which collects the testimony of the last irrigation farmers in several Moorish regions in Spain, as well as various videos and interactive programmes about water and al-Andalus gardens.