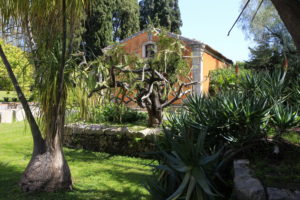 The presentation workshop of the project ‘GARDMED, the network of Mediterranean Gardens’ has just been held in the Italian city of Syracuse in Sicily. FUNCI representatives, within the framework of the programme Med-O-Med, attended the workshop. The project GARDMED, co-financed by the European Regional Development Fund – under the Italy-Malta Cross Border Cooperation Programme 2007-2013 –, aims to improve conservation, sustainable management and valorisation of 18 Maltese and Italian public and private gardens, including some botanic gardens. By setting a network, GARDMED has achieved greater public awareness about the significance of gardens in the communities in which they are located.

After more than two years of implementation, GARDMED comes to an end in its current form by the end of the month. Consequently, this workshop has opened the opportunity to reflect on the evolution of the project, on the basis of the strengthened relations between managers of the gardens and, on the other hand, regional and academic institutions involved. In addition to the players involved and FUNCI representatives, the workshop was likewise attended by other international members of Med-O-Med from Jerusalem, Amman and London. Villa Reimann, located on the outskirts of Syracuse and which has one of the gardens included in the network, hosted the first day’s session on Saturday 5th April. The initial lectures focused on the presentation of the catalogue of Mediterranean Gardens, which includes specifications and pictures of the gardens cooperating on the project – also available in the form of an online database –, as well as the manual and matrix for sustainability index elaborated by GARDMED. This is a support tool for any type of garden, whose main objective is to assess sustainability of the economic, social, cultural and environmental dimensions of a garden. 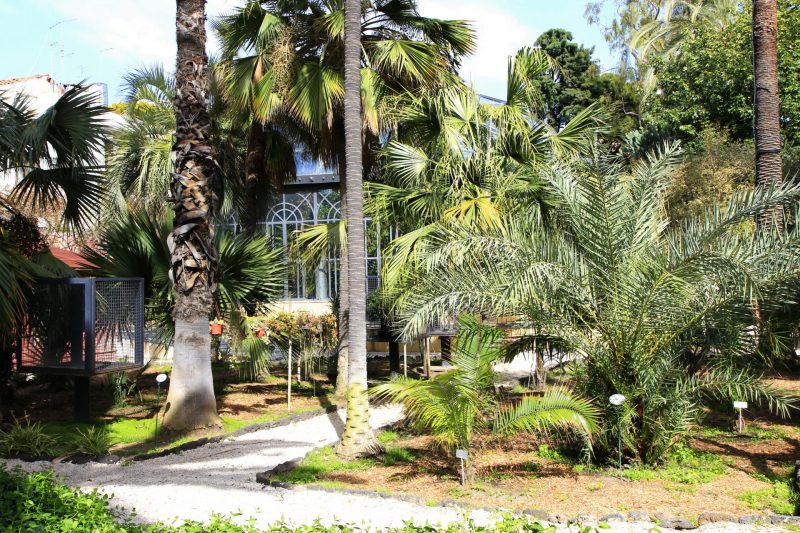 Then, the participants were divided in two groups, one to address the future of the network, which dealt with issues as important as scope of action, management or funding channels. The second group discussed the indicators of the sustainability matrix and its relevance. In Med-O-Med we attempted to contribute to both groups by bringing in our experience in managing our own network of botanic gardens and suggesting possible elements for enhancing cooperation between gardens. Additionally, we also had the chance to explain how we understand sustainability in our actions. The first session concluded with a pooling and open discussion of both groups. It reached a clear conclusion: GARDMED stakeholders praise the efforts carried out and wish to continue working within a similar cooperation scheme. 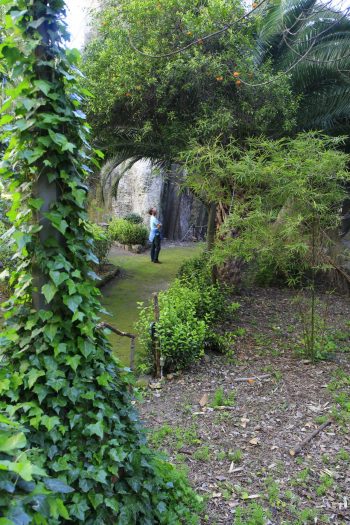 The next day, Sunday 6th April, we had the chance to visit some of the gardens that are part of GARDMED, as examples of the different varieties of Mediterranean garden, and as a whole, we enjoyed a glance at the history of Sicily, like Malta, both imbued with a rich Islamic heritage. The morning began at the Latomia dei Cappuccini in Syracuse. It is an ancient stone quarry from the period of the Magna Graecia, also used to hold prisoners, until ceilings and walls and fell down and the area gradually became a garden, managed by the Capuchin monks since the 16th century. At present, the Latomia is a staggering garden in which fruit and exotic species find themselves surrounded by massive limestone walls and plant species that have developed remarkable shapes and formations due to the particular geological and climatic conditions of the site.

The second stop of the day was at the Il Giardino del Biviere, an astonishing private garden on the outskirts of Lentini, not far from the city of Catania. This garden was created on the site of a ancient dried-up lake to in the last century to prevent the spread of malaria. Successive generations had fished in the lake, among others, the Arabs who settled this area. 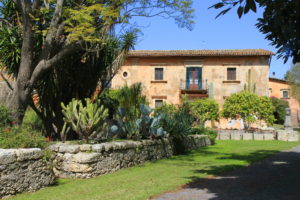 This garden is the outcome of the efforts made by the princes Scipione and his wife Maria Carla Borghese, who succeeded in just a few decades in turning a barren land into an exuberant space, in which a remarkable collection of plants grow together, the majority of these are typical of subtropical climate, such as varieties of jasmine, pine, succulent, jacaranda, palm tree, cactus and many other exotic species of great ornamental value. 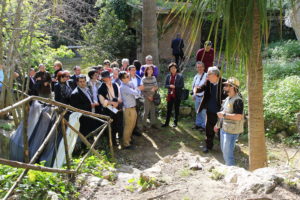 Lastly, we travelled 30 km north to visit the Botanic Garden of Catania, located in the heart of the city. It was born in the middle of the 19th century. At present it still preserves its original layout, mainly consisting of a symmetrical dive in two areas: the Hortus Generalis, which is a typically Italian garden predominantly with exotic flora. On the other side, the Hortus Siculus contains native and endemic species of the island and offers a compendium of Sicily’s landscapes and ecosystems. Besides, the Botanic Garden includes a Tepidarium, that is to say, a glassed-in building that hosts plants native to tropical regions such as palm trees, bromelias and orchids. Today this garden is run by the University of Catania, which is, in turn, one of the lead partners of GARDMED.

With this, the workshop came to an end. We have brought back home the pleasing satisfaction of seeing how an environmental conservation project in the Mediterranean is going ahead. We are likewise convinced that both GARDMED and Med-O-Med will find many common points to cooperate. And, above all, we are eager to come back soon to the wonderful Sicily.