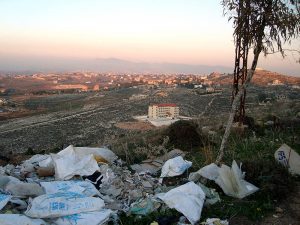 “Green Doueir, Clever Doueir” is a collaborative Project between the Municipality of Doueir in South Lebanon and Med-O-Med focused on waste management and environmental awareness. Half a year has elapsed since the outset of this project, a good moment to briefly look back and assess the progress made.

Many initiatives haven been undertaken until today, all of them coordinated in the field by Sara Hoteit, who is the project technician and graduated in Environmental Sciences from the American University of Beirut.

The project was initially presented at Doueir’s schools – youth and women are the main target groups – where it was so well-received that several awareness actions we quickly arranged such as campaigns to clean the main street and to plant trees. Thereafter an environmental club was created in one of the schools and an agreement was established with an environmental NGO in the nearby town of Arasalim to send the waste sorted by the schools to its classification plant.

At this first phase a training course on environmental protection and management of solid urban waste has been given to the Municipality members, political party delegates, journalists and local activists, as well as a capacity-building workshop for women focused on waste management in households.

On the other hand, several contacts have been made with the Lebanese Ministry of Environment and with several NGOs active in areas related to the project in order to rally technical support and incorporate lessons learnt from similar interventions.

A survey was also made available and distributed among Doueir’s citizens with the intent not only to know their views and level of compromise, but also as a presentation element. The survey results will be used to shape the next steps of the project. 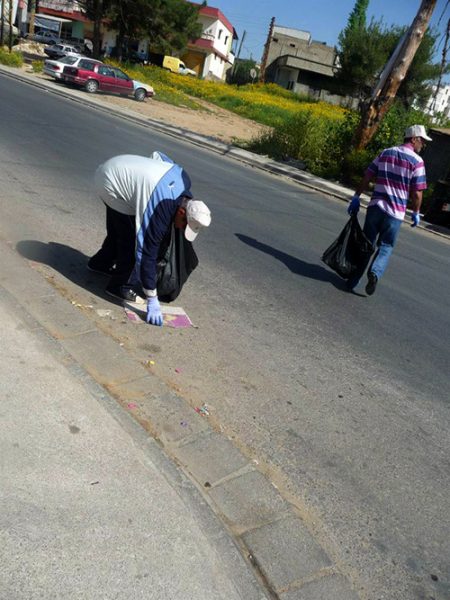 By all means, objectives and strategy remain unchanged from the first day, which are to increase the environmental awareness and to improve the solid waste management in Doueir. Both are issues also to be tackled in many parts of Lebanon. Consequently, we use a technical approach – the workshops are a good example of this – and a cultural one about the value of nature in Islam.

We believe that it is necessary that Doueir’s citizens associate themselves with this project as a recognition element and even a certain source of pride especially among youth and women to consolidate and spread the message. The logo and the Facebook page also have an important role to play in this regard. Thus, this project could be a seed valid as an example for the nearby towns.

“Green Doueir, Clever Doueir” goes on until summer 2013. It is a project financed by the EU through the Programme “Non-state actors and local authorities” of EuropeAid. For those of you who know Arabic, we encourage you to keep track of what’s happening at the Facebook page.