The results of the first archaeological prospecting campaign carried out as a part of the Agdal garden rehabilitation project were presented during a meeting held in Granada last March. 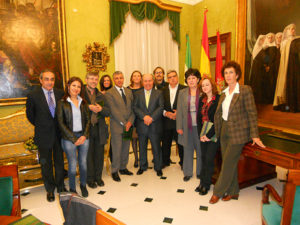 Moroccan institutions representatives involved in the project, the General Secretary and other members of FUNCI, as well as the entire experts work group were attending. They where received by the Council of Granada, among other Institutions.

The campaign was conducted from 3 to 23 January 2012, within the heritage assets inventory project framework of the monumental ensemble under the auspices of FUNCI.

The elaboration of a heritage inventory 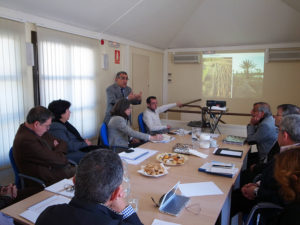 The work team leaded by the archaeologist Julio Navarro, from the Arabic Studies School in Granada (CSIC), was of a multidisciplinary character and made up by 8 specialists in Islamic culture and heritage.

The experts are currently working on the elaboration of a specific heritage inventory with the results collected, serving as a basis for any research project in the future. 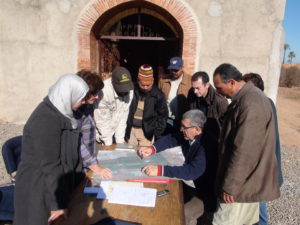 The richness and complexity of the findings produced during the previous prospection campaign exceeded the initial expectations. Therefore, the archaeological research should continue in order to complete the previous objectives as well as to address further issues, while proposing a series of different actions.

A second archaeological prospection campaign will be soon carried out by an expanded expert’s team.