“¡Oh dwellers of al-Ándalus, what blessings you enjoy, water, shade, rivers and trees!

The garden of Eternal Happiness is not to be found abroad but here in your lands: could I but choose, this place would be my choice.

Believe not that tomorrow you shall enter hell. One does not enter hell after having enjoyed Paradise!”

The Islamic Culture Foundation (FUNCI) in collaboration with others cultural organizations, and under the framework of Med-O-Med, has created this exhibition based in an unpublished investigation.

The Hispano-Muslim garden was a meeting-place, a place for rest, contemplation and creativity, and a melting-pot of cultures which consolidated its own style of landscaping and acclimatised many botanical species that were hitherto unknown. 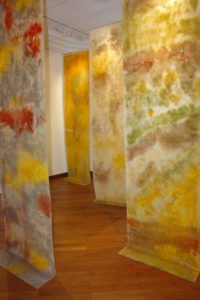 Mediaeval gardens of the world of Islam, of which only a small handful of written and literary descriptions remain, differed depending on the region. Although influenced by local tradition they were always designed around the spiritual concept of the garden as a Paradise. Eastern (Oriental) gardens find a close referent in the legendary, traditional Persian gardens, dominated by grand avenues, canals, fountains and pavilions, set amidst exuberant vegetation. Typical of al-Andalus was the courtyard with its crossing channels and sunken paths and a central pond or reservoir. Such gardens, of Koranic inspiration, are also related to the hortus conclusus of Semitic tradition.

There were also splendid garden areas in country estates, with extensive terraced horizons to stress the concept of power, large orchards and acclimatisation gardens for the cultivation of new species from other parts of the world . 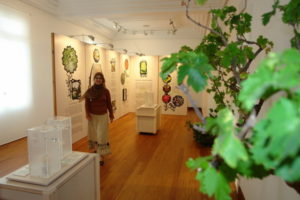 Such gardens are shown in the exhibition from four different points of view: the Orchard Garden, the Scientific Garden, the Mystic Garden, and the Poetry Garden.  There are many texts, photographs, models and olfactory displays enabling visitors to smell the many botanical species, and virtual models of historical gardens. When this exhibition is on display in botanic gardens and at monumental locations, it goes together with a real-life itinerary pointing out the plants that were most characteristic at the time.

Also part of the Project are a series of virtual recreations, of which a highlight is the virtual exhibition Andalusian Gardens http://cvc.cervantes.es/actcult/jardin_andalusi/, in collaboration with the Cervantes Virtual Centre of the Cervantes Institute.