An old profession in the Vansa and Tuixent valley 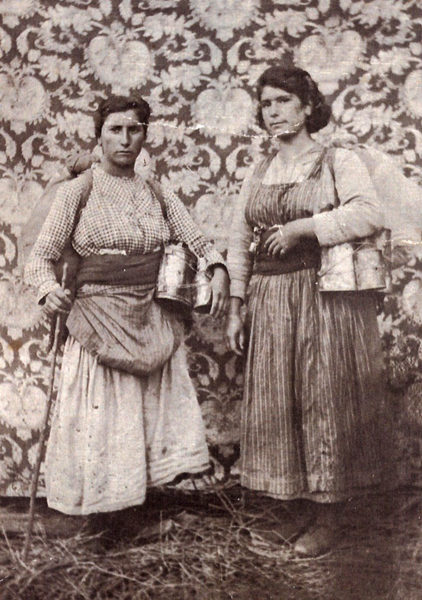 They deeply knew the therapeutic values of the plants growing in the valley’s forests, and were masters manufacturing home-made remedies with natural ingredients. Then, why not to use that popular wisdom, inherited from past generations, for fostering the wreaking familiar economies? There we find the origin of a profession carried out for several centuries by the women from the Vansa and Tuixent valley, in the Catalan Pre-Pyrenees. Even today, the valley can solely be reach through meandering roads and mountain passes. Hence, it can be considered as an isolated geographic space scarcely populated.

This is the story of how several women from the valley’s dozen towns undertook their profession, or as they would express in their own language anar pel món (go through the world). They said “world” to refer to part of Catalonia, specially the central regions, pre-coast and coast. They covered those lands walking through historic roads, and stopped at towns and country houses to sell their products. The most popular commodity they traded was turpentine, a medicine created with conifer and thinner, and used for relieving muscular pain to people or animals. That remedy would give name to their profession: trementinaires (the ones who do turpentine).

The “trementinaires” didn’t sold just turpentine. In their journeys, they also carried several medicinal plants and an assortment of products prepared with natural raw materials.

The “trementinaires” used to travel in pairs. Habitually, those couples were composed by one old woman with long experience in the profession, and another young one who was the apprentice. The word “trementinaires” is feminine due to it was a job mainly carried out by women, with the exception of few mixed pairs; the most notorious one was the Cal Claudi de Ossera’s marriage, composed by Sodia Montané and Miquel Borrell, which were the same ones that did the last known “trementinaires” trip.

It was the most accessible way to travel for women from the dozen towns of the valley.

Most of the “trementinaires” used to do two annual trips. The first one began after the All Saints Day and concluded few before Christmas. The second journey set out on after the Magis Day, and extended until Carnival party or the Easter Week. Hence, we can appreciate how a third of the year they were out of their home. Each couple had their own route in order to avoid competition for customers. The most frequent itineraries went through the Central Catalonian High Plateau until reaching the Maresme, Selva and Emporda’s coastal regions. Other routes skirted the Llobregat river, crossing the Bergueda, Bages, Vallès Occidental and Valles Oriental counties. Apart of them, there were some movements towards Lleida and Tarragona regions.

Almost all the stops were done at country houses and towns, avoiding large cities. Nevertheless, there are evidences of “trementinaires” selling in Barcelona markets. They were lodged in customer’s houses. The lucky ones slept in the guest room, while the others overnighted at hay lofts. Through years they strengthened friendships with families that were usual customers. Even nowadays, the “trementinaires” are still remembered with much affection by several old people from different towns. 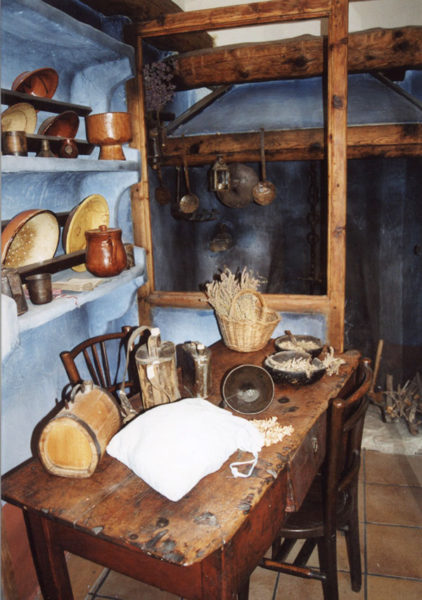 In 1982, The “trementinaires” wrote their last page at Sofia and Miquel’s last trip. The profession disappeared. There were no more reasons for their existence. The world changed too much. Nevertheless, fortunately, the oblivion didn’t endure. Motivated by the ethnographic relevance and the popular wisdom their signified, several people from the Vansa and Tuixent Valley undertook the reconstruction task. They meticulously examined collective memory entailed in that particular way of living that featured some towns and their people. Interviews, articles, expositions… In 1998, they finally created the Museum of the “Trementinaires” in Tuixent, that permanently exposed the plants and traditional remedies old profession. Since its creation, the museum has received more than 100000 visits and has carried out multiple activities, among them we can highlight the “Trementinaires” party as the annual date with the therapeutic nature universe.

The ‘trementinaires’ used to travel in pairs. Habitually, those couples were composed by one old woman with long experience in the profession, and another young one who was the apprentice.

Those who inhabit the Vansa and Tuixent valley feel proud about their ancestors. Those forest women sacrificed themselves for feeding their families, displacing far away during the coldest months and going over long paths to bring health doses to hundreds of people. Today, the valley is synonym of “trementinaires”, the women who will never go because their people will never forget them.