Terrachidia is a Spanish company that has been working on different vernacular architecture, infrastructure and training projects since 2012 in Spain and in North Africa. We present this exciting environmental and cultural project carried out in 2018.

The initial objective was to understand first-hand the state of conservation in which the historical libraries of  Chinguetti, Mauritania, stood, to understand their typology and construction methods, and to detect pathologies and possible rehabilitation options for these buildings. These spaces must meet optimal conditions, to ensure the preservation of the historical manuscripts they contain. 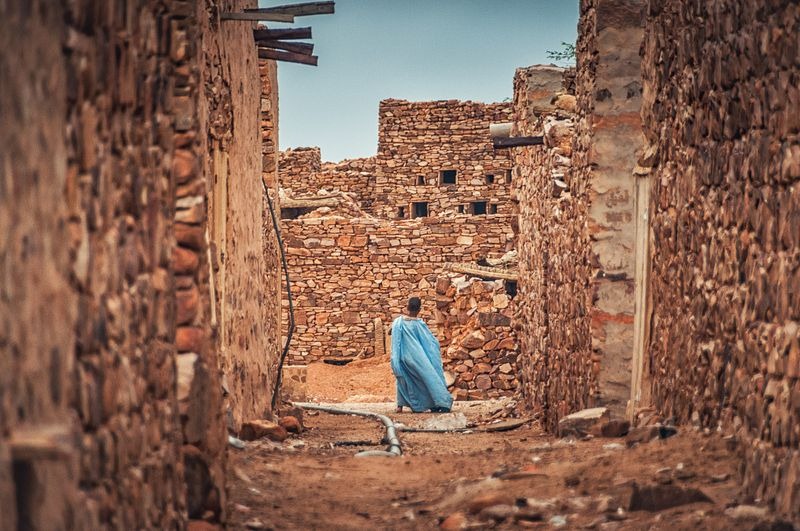 It is a city of medieval origin, founded in the 14th Century, which gave service to the caravan routes that crossed the African continent. It is located on the banks of the Batha River, which, although it does not currently carry surface water, was the reason this settlement was able to flourish. Chinguetti consists of three differentiated zones in terms of its origin and urban layout:

In the majority of the buildings visited, traditional materials are used, coming from the vicinity of the city: “Legré” stone, earth-based mortar, clay, acacia or palm beams, reeds, “alfá”, etc. 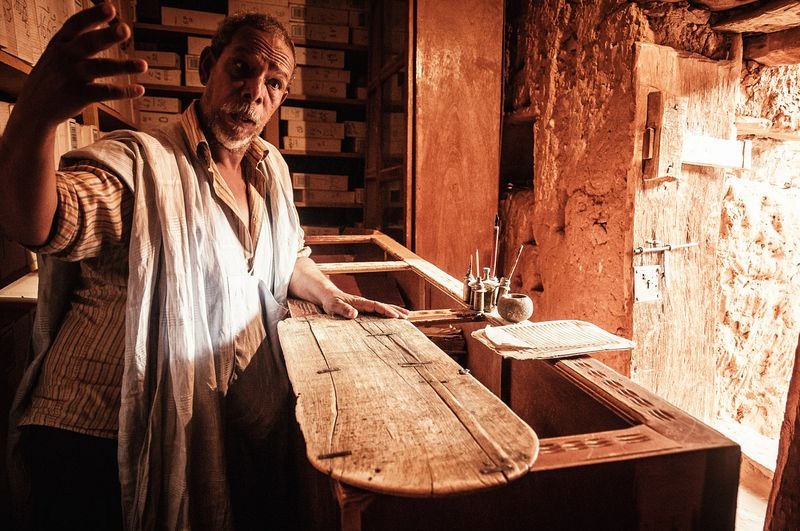 They are masonry structures with load-bearing walls of about 45-55 cm thickness, made up of dry-stone slabs. These walls occasionally have geometric decorations, usually triangles, characteristic of Chinguetti. The walls are covered on the interior with earthen finishings.