On April 27, 2018, the use of three insecticides responsible for the mass death of millions of bees was banned in the European Union. The prohibited insecticides (imidacloprid y clothianidin, manufactured by the multinational Bayer ; y thiamethoxaman, a product of Syngenta company) are the culprits that these insects which are essential for the pollination of many agricultural species, and as a result of that, for preserving biodiversity, are in a situation of serious threat. Indeed, bees are one of the essential animals for the food chain. 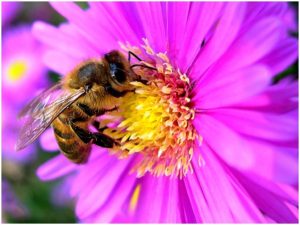 According to the environmental watchdog group Greenpeace España, that had launched a tenacious awareness campaign for a ban on these neonicotinoid insecticides, 75% of the food we consume depends on pollination, while the total economic value of bee pollination for Spanish agriculture is 2.5 million euros. 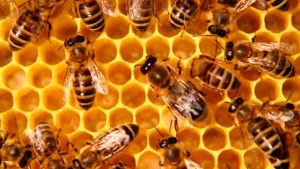 Not only is pollination crucial in the food chain, but also the production of honey and wax from domestic bees (Apis mellifera), are essential in the life of human beings. The importance of this modest hymenopteran insect is reflected in the fact that the Royal Geographical Society of London chose it in 2017 as the most valuable species.

In the Islamic culture, the bee is a living being with an important symbolic value. Indeed, the Koran itself contains a Sura dedicated to bees and mentions them on several occasions, as a source of reflection on the beauty and perfection of nature.

“And thy Lord inspired the bee, saying: Choose thou habitations in the hills and in the trees and in that which they thatch; Then eat of all fruits, and follow the ways of thy Lord, made smooth (for thee). There cometh forth from their bellies a drink divers of hues, wherein is healing for mankind. Lo! herein is indeed a portent for people who reflect”. (16:68-69)

Since we pursue within “Med-O-Med, Cultural Landscapes of the Mediterranean and the Middle East” platform framework  a model of ecological and sustainable agriculture, free of harmful pesticides, we  rejoice for this important step.

“These three insecticides are just the tip of the iceberg. There are many more pesticides, including other neonicotinoids, that are just as dangerous as these for bees and food production. Governments must ban all pesticides that harm bees and finally get away from toxic chemicals in agriculture”.

As can be seen, the Mediterranean countries vote was decisive. In fact, the Med-O-Med region was one of the most punished by the use of these pesticides, due to its high production in arboriculture and fruit growing. 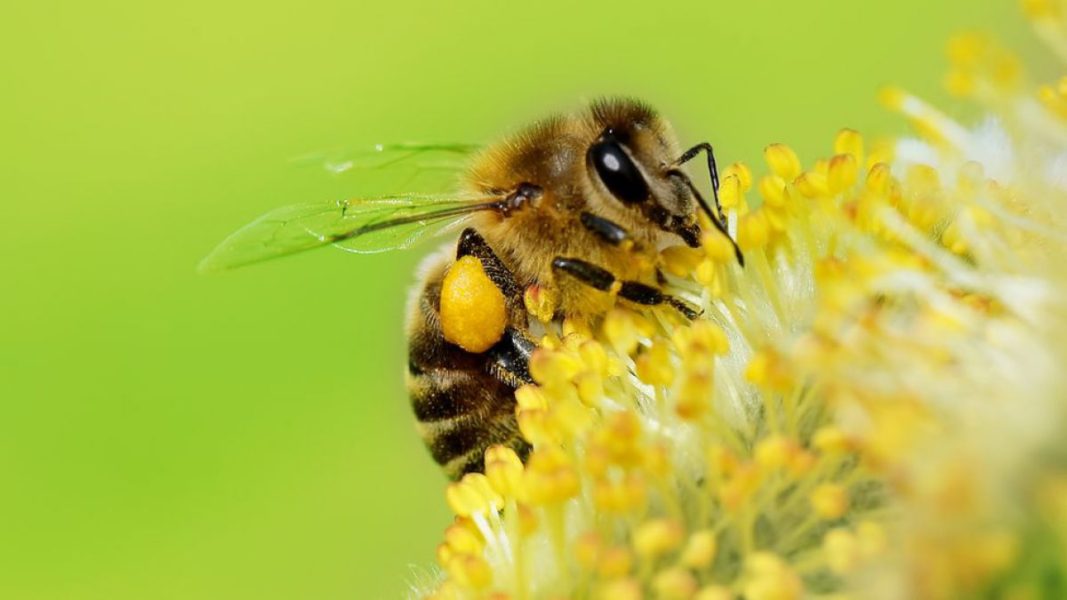 However, the Greenpeace organization emphasizes that, although this environmentalist triumph is extraordinary, these insecticides are not the only ones responsible for the massive disappearance of bees in the world, but also other pesticides with different components, as well as the loss of habitats and of food for bees, due to the increase of intensive agriculture.

In fact, according to statements from Franziska Achterberg, spokesperson for Greenpeace in Brussels, “These three insecticides are just the tip of the iceberg, there are many more pesticides, including other neonicotinoids, that are just as dangerous for bees and food production. Governments must ban all pesticides that harm bees and finally avoid toxic chemicals in agriculture”. 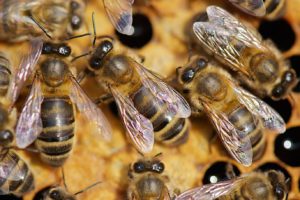 It is important to emphasize that this important political decision has been achieved after the work and political advocacy of many other environmental organizations besides Greenpeace. Recently, according to europapress, 101 NGOs sent an open letter to the Spanish Minister of Agriculture and Fisheries, Food and Environment, Isabel García Tejerina in Spain in order to obtain her support at the European Commission’s initiative.

The measure shall enter into force by the end of 2018.