Numerous mosques throughout the world have added to energy efficiency, water saving and bioclimatic construction. Therefore, the mosques are becoming eco-mosques as part of environmental consciousness related to religious thinking, in this case, Islam. In this sense, the United Arab Emirates, Morocco and Jordan are some of the Arab countries that have launched such initiatives, while Singapore, Germany and the United Kingdom are others who have opted for eco-mosques. 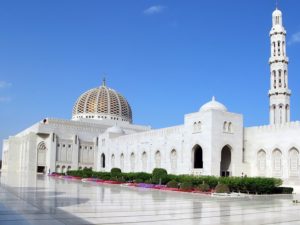 The Kingdom of Jordan compromised to use renewable energy sources in 2015. In fact, as one of the Arabs leaders in the production of solar thermal energy, Jordan specified that all the mosques of the country would run with alternative energies. Indeed, this project focuses on installing solar systems on the roofs of 6,000 mosques in Jordan.

Finally, Morocco compromised to build 600 “green” mosques for 2019 during the Climate Conscience Summit celebrated on November 2016, preceding the COP22 held  in Marrakesh.

As a result, these mosques will use LED lighting, solar heaters and photovoltaic systems. The effort will be largely supported by the Ministry of Islamic Affairs, in partnership with the German government that collaborates transferring the technology. Morocco is ranked one of the world’s greenest countries, along with Costa Rica, Bhutan and Ethiopia, due in part to its ambitious targets for reducing carbon emissions.