During the last week, the Islamic Culture Foundation organized some private visits around the Andalusi Garden created into the Botanic Garden of Rabat (Morocco).

This event was aimed to show this project as well as the rehabilitation of the Moorish pavilion, which hosts the exhibition “Al-Andalus, a culture of water” at the present time.

The project was designed by FUNCI within the Med-O-Med program framework and developed together with the Wilaya (Rabat government) and the INRA (Agronomic Research Institute). The garden is placed in the heart of the Jardin d’Essais Botaniques, a fabulous experimental garden conceived by Jean Nicolas Forestier which remains closed to the public, since it is being rehabilitated. However, it is expected to be opened soon.

The project was designed by FUNCI within the Med-O-Med program framework and developed together with the Wilaya (Rabat government) and the INRA (Agronomic Research Institute).

In this occasion, the garden was visited by the Rabat Diplomatic Circle, represented by the wives of the ambassadors from the different countries and international organizations, as well as other Moroccan intellectuals and personalities.

The exhibition “Al-Andalus a culture of water” is a part of the whole project which includes the garden and the Minzah (Pavilion), designed and restored respectively by two of our collaborators, the architect Antonio Almagro (Arabic Studies School) and the agronomist Esteban Hernandez (Cordoba University).

The exhibition is based in the content of the book “The enigma of water in Al-Andalus”, by Cherif Abderrahman Jah, which deals with diverse topics. Some of them are the scientific point of view of the water as unique element in nature, its symbology through the main civilizations and its profound significance regarding the Koranic and spiritual vision.

The exhibition has been designed by Miguel Ripoll and displays photographs taken by Inés Eléxpuru and Carlos Martínez. It also shows the social perspective of water and its contribution to the development, since for the first time, its distribution was free and equitable.

We can also understand the different institutions in charge of providing and distributing the water. Furthermore, the ancient hydraulic infrastructure is explained with graphic support.

Finally, the exhibition also reminds us the role of water in the garden architecture as well as an agent responsible for the agricultural landscape transformation, which can still be seen in some regions of the Iberian Peninsula. 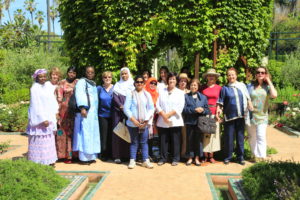 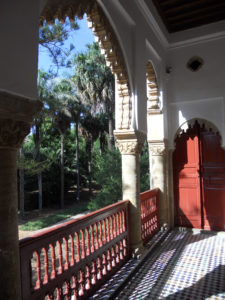 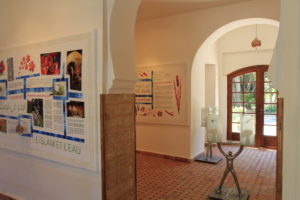 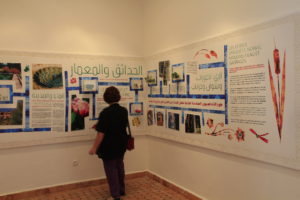