The Botanic Historic Garden of Málaga, in the south of Spain, has recently become a member of the Med-O-Med Net of Botanic Gardens in the Mediterranean and Middle East, contributing to the Net with its knowing how and its cultural specificity. 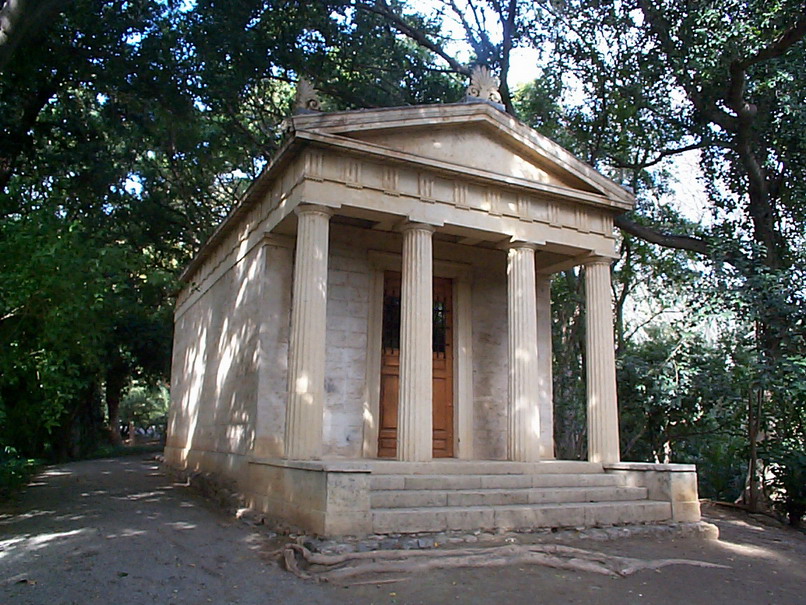 The origins of La Concepcion can be traced back to the merging of several estates located to the north of the city of Malaga. These were home to olive and almond trees and possibly vines, though the citrus trees were the most numerous. The gardens’ creators were Jorge Loring Oyarzabal and Amalia Heredia Livermore, who purchased the land on which they stand in about 1855. According to written records of the time, they had originally come up with the idea of a garden seven years earlier while on their honeymoon, which saw them embark upon on a tour of Europe. The Marquis and Marchioness’ comfortable economic situation coupled with their first-hand experience of some of Europe’s finest gardens and their commercial dealings abroad enabled them to cultivate the most exotic of plant species from around the world. In order to ensure that their dream came to fruition, they enlisted the services of a French gardener, Chamousst, who selected and planted the gardens’ flora, an endeavour for which he was awarded a number of prizes, as witnessed by newspaper reports of the late XIX century. 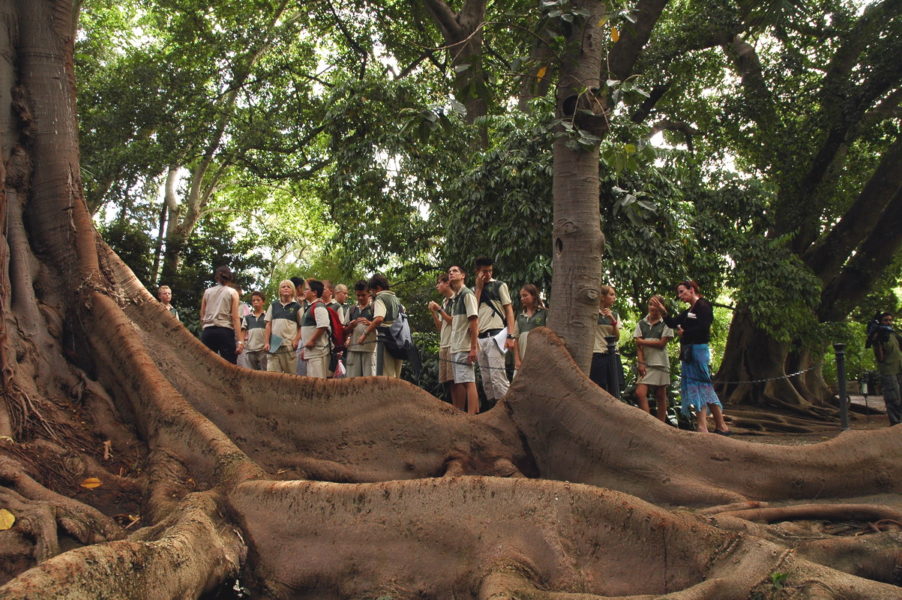 La Concepcion quickly earned itself a fine reputation throughout Europe, though not for its exuberantly beautiful gardens; the source of this renown was in fact the magnificent collection of archaeological remains on display in the Loring Museum, a small, Doric-style building erected on the site of a Roman mosaic discovered in Cartama depicting the feats of Hercules. For many years, the Lorings strove to restore all of the archaeological remains that they encountered. Without doubt, the most significant of these was the Lex Flavia Malacitana, a bronze piece bearing the Roman laws that governed Malaga in the year 80 AD which now resides in the National Archaeology Museum.

Following the death of its owners and the family’s economic decline, La Concepcion was bought in 1911 by a married couple from Bilbao, the Echevarria-Echevarrietas, who extended the gardens by creating a number of new areas.

En 1990, the entire estate (a total of 49 hectares, taking into account the historical garden plus the surrounding agricultural and forest land) was purchased by Malaga City Council for 600 million pesetas (€3,606,073). In 1991, the “City of Malaga” Municipal Botanical Trust was founded to run and administer the estate. 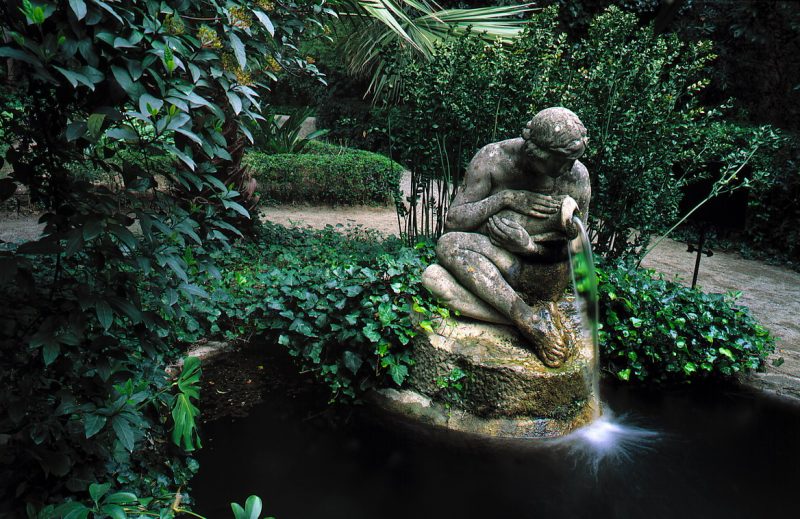 La Concepción is home to a romantic-style garden that was officially recognised as a “garden of historical-artistic importance” in 1943. Worthy of particular note among the 1,000-plus species to be found on the estate are the trees that make up the enormous wood, where ficuses, araucarias, casuarinas, magnolias, pines, cypresses and cedars, some over 100 years old, create a remarkable arboretum. Species from subtropical climes predominate here. The gardens’ collection of palm trees is considered one of the finest in all of Europe, comprising almost 100 species, some of which are unique exhibits, such as a 7-bough date tree and a Chilean palm which is one of the biggest of its type in Spain, as well as a number of trees rarely found in these latitudes. La Concepcion also boasts a large collection of aquatic plants, bamboos, cycads, zamias and encephalartos, a wide variety of traditional Malaga vines and fruit trees and natural areas of Mediterranean forest.

Among the Research Programs, the Botanic Garden of La Concepcion works on the Project Phoenix, a Research on Historic Gardens, a Study of Climate Change Adaptation, and a Mapping of Vegetation.