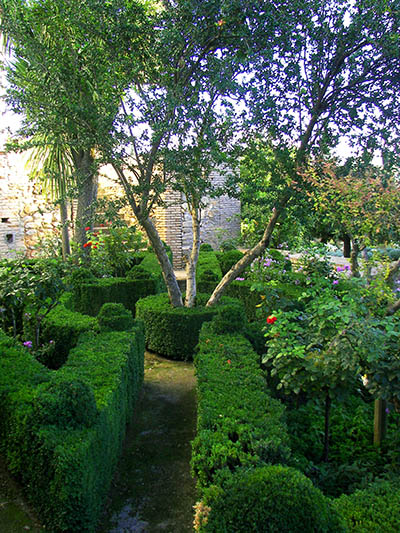 The andalusi garden represents since the first days of Islam in the seventh century, a space of dialogue, coexistence and botanic and landscape experimentation. In the andalusi gardens, architecture, water and botanic richness and diversity were combined, representing an ideal garden, intimate and spiritual.

Agrarian spaces stand out in al-Andalus, but not only the productive ones, also the experimental and the ones for introduction of foreign plants, precursors of the botanic gardens in the European Renaissance. Native and exotic species were cultivated in these lands , introduced from other regions of the Mediterranean, North of Africa, Middle East and Asia. In them the formal, aesthetic, and scientific aspect were joined.

These historical cultural landscapes could serve in the actual times as a model, that can answer to the challenges of the world regarding use, management and conservation of biodiversity and the traditional knowledge associated to it.

The Muslim countries do not preserve too much of these historical gardens, that can be found in a very degraded state or has suffer unfortunate interventions. That is why, one of the Med-O-Med priorities is the recovery and rehabilitation of these representative places, and the creation of gardens of andalusian inspiration that recover, the way and spirit of that fabulous legacy.