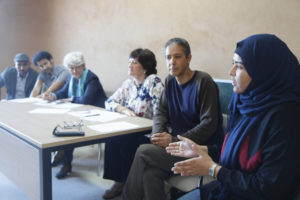 Last October our school in Salé, Morocco started its first gardening course. Slowly but surely, it’s really taking shape. The youngsters are full of excitement, bursting forth like the plants they’re growing with their green fingers.

Although most of the apprentices have seen their fair share of hardship, in our school there’s no bullying, no violence and no sexual harassment. Instead, they’re treated with love and respect, with an education based on key values: civic values, environmental sustainability, gender and social equality. And, naturally, gardening, plenty of gardening theory and, above all, a lot of practical gardening.

The rakes and shovels scrape against the damp earth, while laughter echoes down the school’s corridors. Sometimes we have to calm everyone down, they’re so full of excess energy. The air is buzzing with enthusiasm. 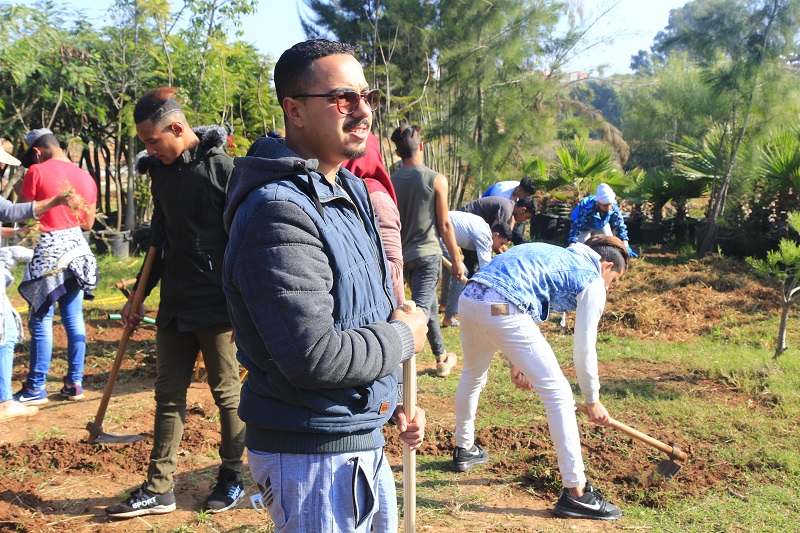 The wheelbarrows speed up and down, sometimes a little too fast (they’re beginners after all), and the classes progress speedily thanks to excellent group dynamics. They’re already learning about different types of soil and the importance of teamwork.

Our youngsters will become gardeners who will be respected for their knowledge and exemplary behaviour. They won’t have to risk life and limb in a treacherous crossing or go in search of an uncertain future overseas.

Our youngsters will become gardeners who will be respected for their knowledge and exemplary behaviour.

Our students are a range of ages; including a few adults. They’re between 15 and 30 years of age. Some have a basic education, while some hold a university degree. Some are really dedicated and others, less so.

“We’re one big family. We have older siblings and younger siblings”, says *Myriam proudly. “Even the naughty ones are getting better”. They hug each other – though occasionally they might let slip a swear word or two. They hug their teachers. They ask for photos, and more photos… they’re obsessed! When they pose for a photo, they make a victory sign and do their best to look really handsome in their brand new uniforms. They want to show off to their friends from the duar [village] or the adoption center. 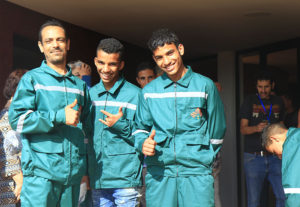 Our boys and girls come from difficult backgrounds. They’re orphans, they’ve been abandoned, they come from broken homes, they’ve lost all interest in their studies, they have to take care of other people… This is the case of Amina, who works as a housekeeper at the weekend, while also taking care of her disabled father. Nevertheless, she’s punctual every morning, and she tries her best. She’s slowly regaining her hope.

Adil had to drop out of school because they were going to evict his parents and he had to help them sell plastic. We’re trying to get him to come back, he’s a really cheerful, hard-working student.

Little Aicha even wants to come to class at the weekend! Mahmoud is really special. While the others are working, he runs away –we often have to go after him– and while the others are taking a break, he goes to the nursery to work. He insists on not letting anyone taking his picture, and then he keeps asking for a photo of him and his classmates.

Last October, we finally had our first intake of students. It took many years of sheer hard work, with lots of ups and downs, but it’s been truly worthwhile. 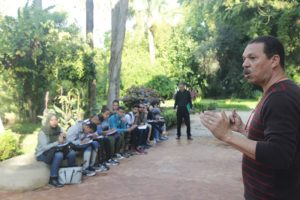 Some of the more adventurous boys have Mohicans, like some famous football players. Toa, the school’s principal, says one day she’ll write to the Spanish football federation to tell them to ban such hairstyles… She’s joking, of course! They usually wear oversized rings with glass rubies and diamonds, with ripped jeans. But now, thanks to their overalls and gloves, they’ve given them a rest. They look really smart. 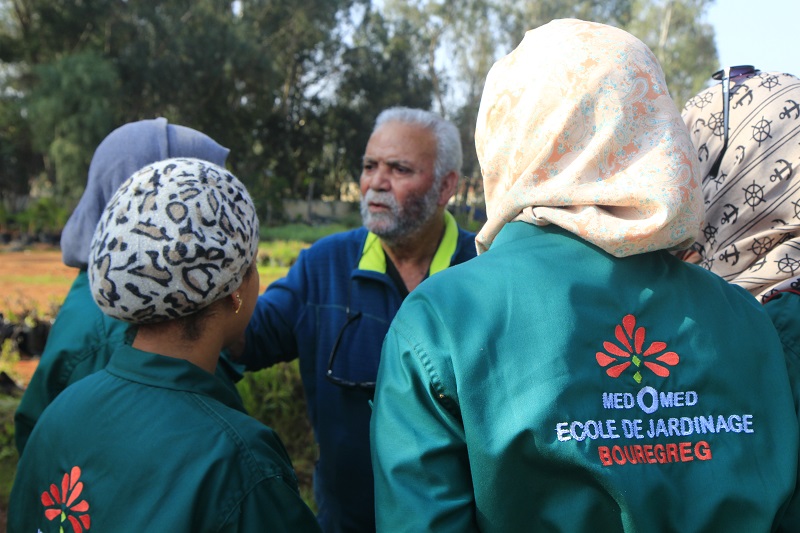 Our youngsters represent hope for a part of the Moroccan population that feels abandoned, that wants to leave… they’re full of life and have many plans for the future. They really take to heart the advice given to them by Cherif Abderrahman, our beloved president and mentor: they have to make something of themselves, as they used to say in the old days. Strive to set an example, to teach their parents and their guardians the values they are learning. Become someone to look up to. Have respect for women, just as Islam teaches us. “Knowledge lasts, money, does not,” was a phrase which struck a chord with many of them after the talk.

Last October, we finally had our first intake of students. It took many years of sheer hard work, with lots of ups and downs, but it’s been truly worthwhile. They will be the first qualified gardeners in the whole of Morocco. And you can’t put a price on it.

*All names have been changed to protect people’s privacy.

A gardening school in Morocco