Behind each revolt and every immigration crisis  there is always, as noted by Vandana Shiva, social and economic causes.  This article shows  us a new way to understand the importance in regard to the loss of  natural resources  during the movement of climate refugees, and offers some proposals to reverse this current loss of biodiversity. 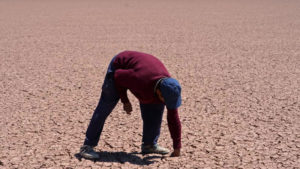 Climate change is already today the leading cause of migration in the world. Just in 2011  more than 40 million people left their homes by environmental phenomena , a figure that could reach 1,000 million  in the next 50 years. However , despite being in front of an incontestable reality -the climatic causes and their victims-, climate refugees often seem to be left out of the debate on the factors determining migratory flows.

Climate change and migration: two sides of the same coin

Overexploitation of resources, deforestation, loss of fertile land and, broadly speaking, any climate or environmental phenomenon that alters the living conditions and access to basic resources of the population may be the trigger or the multiplier of a crisis in which political, social and productive conditions are involved. As Robin Mearns, specialist in climate change World Bank explains, these elements “tend to amplify existing problems.”

This has certainly happened in Syria. As was documented by Thomas L. Friedman, Pulitzer Prize and New York Times columnist, in the Syrian case, environmental factors have caused internal migration, which in turn reinforced the instability and conflict in the country, which led to mass migration at regional and European level. More specifically, between 2006 and 2011, a tragically historic drought in the northwest of the country left millions of people in extreme poverty. As recalled Luis Gonzalez, 75% of the peasants lost their crops, 85% of the livestock was killed, and the consequences affected about 1.3 million people. Tens of thousands of them were forced to migrate to poor urban centers, which are true breeding grounds for conflict.

Similarly, the “Arab Spring” in Tunisia, Egypt or Libya can not be understood without considering food crisis that hit the region and its profound environmental, climate and energy roots.

The impact of climate change on migration is already showing and can be much more severe in the coming years if emissions continue to grow and especially if it does not begin to decrease decisively. Hence, it is more necessary than ever that the international community gives a comprehensive response to the phenomenon of climate refugees. It is necessary to provide a coherent and binding solution that includes appropriate definitions, legal instruments, institutions and funding.

Proposals to acknowledge and draw attention to climate refugees

Clearly, regulatory and narrative frameworks of the twentieth century have become irrelevant in the age of ecological crisis.

As stated by the International Organization for Migration, it’s time to recognize unambiguously that there ‘environmental migrants’, ie “persons or groups of persons who, for compelling reasons of sudden or progressive changes in the environment that adversely affect to the life or living conditions, are forced to leave their usual home”.

Acknowledgement would be the first step towards legal and institutional protection. At present, the UN Convention on the Status of Refugees of 1951 allows a person to apply for asylum on “well-founded fear of being persecuted for reasons of race, religion, nationality, membership of a particular social group or political opinion”. This clearly leaves out the climate crisis and its effects on migration flows. 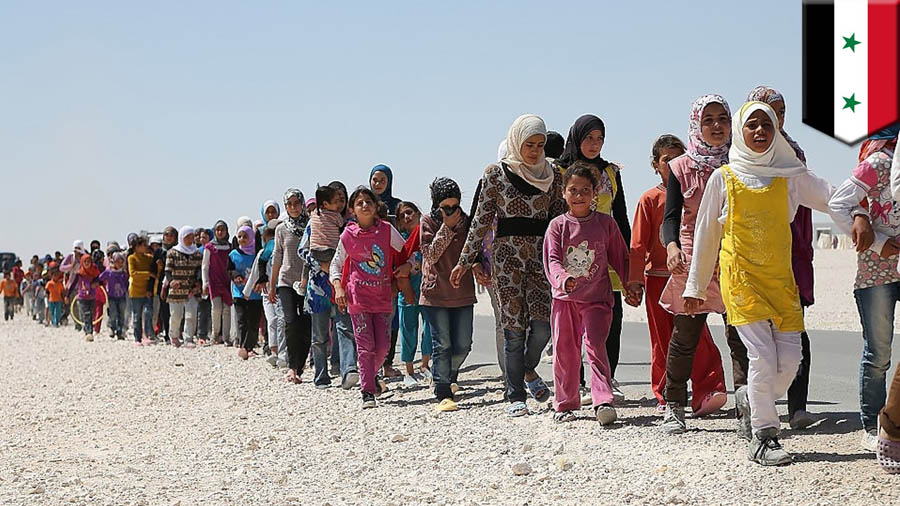 The inclusion in the Convention of a specific protocol on ‘climate refugees’ as well as expansion of the Guiding Principles on Internal Displacement of the United Nations, would be significant steps. The European Union would have to integrate these ‘climate refugees’ in its existing legislation on temporary protection, international or seasonal workers, and Spain should include in their migration and asylum policies the concept of ‘environmental migrants’, as other countries like Sweden and Finland have done.

But in addition to legal recognition, it is essential to act on the root causes. The fight against climate change is the greatest challenge of the XXI century. In the path of the Paris agreement, reached at the cop21 summit, it’s time to leave the era of fossil energy behind and decarbonise the economy. While climate refugees are not recognized in this agreement, it paves the way to remember that (more) responsibility for climate change lies with the countries of the northern hemisphere, while those who suffer are primarily countries in the South. Based on this principle of differentiation and using the Paris agreement as starting point, reduce long-term climatic migration involves:

-A transition in the North towards a model of sustainable production and consumption.

-Finantial support to the poorest countries in their fight against climate change and measures of adaptation to prevent displacement and migration. This includes additional funding, for example through the green fund of the Paris agreement.

It’s time to make the intimate relationship between migration and climate change visible.

And it is urgent to provide a legal and social solution for the millions of climate refugees. In addition, at a structural level, it’s time to make a qualitative leap in the change of social and economic model for one that respects both the planet and people. If we are serious about the mass migrations, more than ever it is time to fight climate change and its leaders. Therefore, it means putting a green and fair transition in the center of our political and social priorities.