The firmament has always been an inspiration of the mankind, taken as an unlimited study source, with philosophical, artistic and cultural implications for many civilizations.
Many references to the sky and the stars are founded in the Quran, as a reflection source regarding the divine generosity and the beauty, showing its importance for the Islamic Culture. In the Sacred Book, the stars are compared with lamps providing light and ornament, and valid instruments for traveler’s orientation. The skies are made up of seven orbits:

” Truly, we have created over you seven celestial orbits, and we are no disregarding any Creation feature” (23: 17)

During the Middle Age, Muslim used to consider the Exact Sciences as a part of the Rational Sciences. Among them, it was founded the Mathematics, which was divided in Arithmetic, Geometry, Music and the Sky Science or Astronomy. 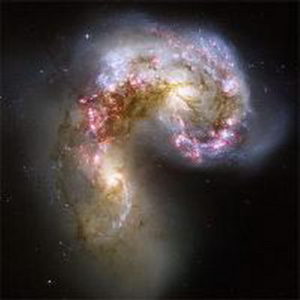 As it has been reflected in several manuscripts, the Astronomy caused a huge interest in the Islamic world from the II/VIII centuries, as a way of shipping orientation, as well as to set the prayer timetables and establish the lunar calendar in order to know the start and end of the Ramadan and the period of Hayy. In the famous Bagdag wisdom house, (Bayt al-Hikma, s.III/IX), the Astronomy was boosted with different tables and text translations to Sanskrit and Persian, and an observatory was set up.

Furthermore, the wise astronomers of the Islamic world presented a broad mathematical knowledge needed for the astronomic calculations. The Persians Al-Biruni and Al-Juwarizmi (ss.IV-V/X-XI), distinguished themselves in the Mathematics and Astronomy fields.

Nowadays, the firmament and the astronomy have become again a highly topical subject in the South and East of the Mediterranean Basin. Therefore, Med-O-med is at the moment initiating different projects, taking in account this thousand year old science so important in our days due to the reasons explained in the following lines: 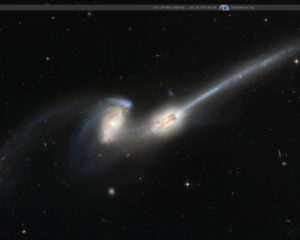 In 2007, a seminar was held in the island of La Palma, where the basis for the concept “Starlight Reserve” was settled down. In addition, the Declaration in defense of the night sky and right to observe the stars was approved in cooperation with the World Heritage Center (UNESCO ) through a thematic initiative called “Astronomy and world Heritage”.

With this declaration it has been created the Starlight Reserve concept, defined as “a site where a commitment to defend the night sky quality and the access to starlight has been established. Its main function will be to preserve the quality of the night sky and its associate values, whether they are cultural, scientific, astronomical, natural, or landscape-related.”

The objectives and functions of a Starlight Reserve are under the principles written down in this Declaration, which describes its contemplation as a fact becoming more and more complicated, and whose scientific and cultural values are disappearing through the generations. This observation is linked to the nocturnal ski quality observation, a concept included since the Conference of Rio 1992, due to its atmospheric quality indicator value.

The Universal Declaration of Human Rights as well as the sustainable development basis, supports the cultural, biological, and landscape diversity, being all of them related somehow with the sky quality, including the right to a clean sky enjoyment for the generations to come.
It is required the participation and implication of the different actors: governments, institutions, organizations and the citizenship as well as the agreements establishment to achieve those objectives.

Therefore, a range of principles regarding the right to contemplate the stars which take in consideration its possible extinction as a risk, have been established. It becomes though extremely necessary to adopt them, in order to integrate them within the rest of environmental protection laws.
The nocturnal sky value recovery as a part of the culture, the meaning as a technologic and scientific challenge as well as the education and knowledge spreading, are key facts involving those values rediscovery. 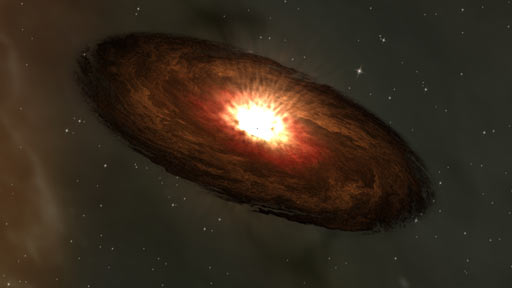 The light pollution is considered not only a reason for the sky quality reduction previously mentioned, but also a problem affecting biological diversity and landscape, presenting a harmful impact on human beings. Consequently, it is necessary to promote public awareness related to the artificial lighting use and its sustainable management, as well as its integration in the environmental public policies.

This will lead us to the top-quality areas to observe the firmament, which it could mean a development tool to generate responsible tourism around this value. This fact will be also useful for the cooperation field, whilst local participation and scientific institutions devoted to this topic take part on it.