In the past few days, Jaume Mateu i Lladó*, as the representative of the project “Serra de Tramuntana- Paisaje Cultural”- “Tramuntana Mountains- Cultural Landscape”, has joined the Med-O-Med Programme.

Mateu i Lladó* is a geographer and he has been the project coordinator of Serra de Tramuntana in Mallorca (Spain), which was declared World Heritage Site in 2011, under the Cultural Landscape Category.

The basis regarding the Outstanding Universal Value declaration was settled down after carrying out a comparative analysis with other similar assets, together with application criteria for justification. 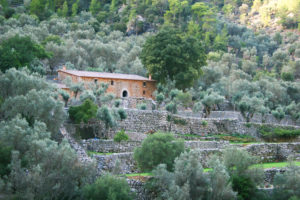 Serra de Tramuntana is the Mallorca Island largest mountain range. It has a surface of ​​ 800 km ² approximately, covering the North Coast of the island (90 km length and 15 km wide). During the Islamic period, an irrigation system based in the water resources management starting in the 10th and 11th centuries, lead to a Mediterranean agricultural landscape. Later on, due to the Christian conquest of the Island, an agricultural dry land period based in the separation of lands belonging to the nobility began in the 13th century. This is still noticeable nowadays.

Firstly, the Islamic Culture brought the water resources management expertise, and then the Christian culture launched the dry land agriculture based in oil plantations and vineyards.

Those properties, established what is called “real agricultural production unities”, which were mainly dedicated to cultivate the olives trees and the oil production. The exportation of Oil was really important in Mallorca during the 15th and 16th centuries. 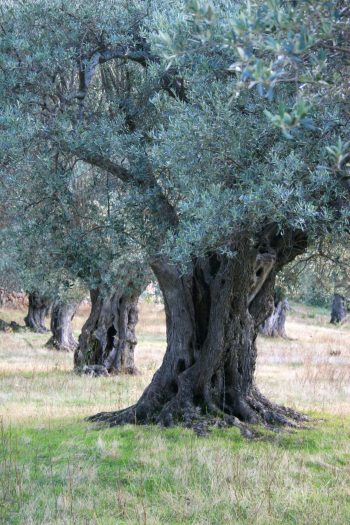 Therefore, the result is a unique landscape developed over the course of the centuries, transformed by the presence of various generations and cultures. Firstly, the Islamic Culture brought the water resources management expertise, and then the Christian culture launched the dry land agriculture based in oil plantations and vineyards. The physical conditions and the isolation of the region were also a key factor.

“Serra de Tramuntana” landscape is an outstanding example which helps us to understand the channeling and distribution of water with hydraulic systems introduced by the Arabs, aimed to raise the food production for the local population, whilst a long dryness period in the island was occurring.

After the Christian conquest, during the reconversion to a feudal system, yielding constructions such as the agricultural terraces and the hydraulic system enabled new agricultural sites to be created. 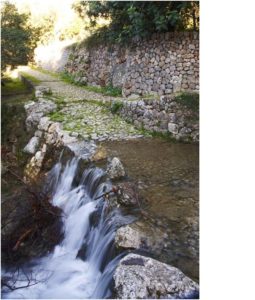 As a result, the area shows a completely transformed landscape. The mountains are covered by olive plantations in the slopes, small plots, big farms, small towns and villages. This landscape is also considered an important mean of cultural exchange between Muslims and Christians, North and South.

*Jaume Mateu i Lladó (Palma de Mallorca, 1976) has a degree in Geography, Environmental Management and Territorial Planning. From 2007 to 2011, he was the Director of Territorial Planning for the Balearic Islands. During this period, he has been coordinating the project which has led to the classification of Serra de Tramuntana as a World Heritage Site, under the Cultural Landscape category. At the present time, he works as a consultant in tasks related with the Territorial and Landscape Planning. Its thesis project, involves the cultural landscape of Serra de Tramuntana.