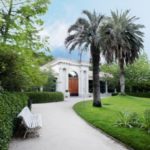 Med-O-Med grows step by step. In this two years of existence, several members of special importance and relevance to the program development has joined it. Among them we can include the BGCI (Botanic Gardens Conservation International), who attended the presentation of the Network of Botanical Gardens of the Mediterranean and Middle East at the Alhambra in Granada, in October 2009. UNESCO has add Med-O-Med through the Club Unesco Alterité. The Silene association, aimed to the conservation of the spritual and intangible cultural heritage in relation to nature conservation is also a member, and the Serra de TramuntanaProgramm (Mallorca), which was declared World Heritage Site in 2011, under the Cultural Landscape Category is linked to us.

Universities and research centers have a strong presence not only through their botanic gardens, also with many specialists that collaborates with FUNCI. These include the CSIC (Consejo Superior de Investigaciones Científicas, Spain), IUCN-Med(International Union for Conservation of Nature), and the Universities of Granada, Seville, Cordoba, Politécnica de Madrid, Politecnica de Valencia, Notre Dame and the American University of Beirut (Lebanon), Cadi Ayyad (Marrakech) and EGE Izmir (Turkey).

In addition, Med-O-Med has international prestigious members, some of whom are working in cooperation projects. We can remark the Fondation Mohammed VI pour la Protection de l’Environnement (Morocco), the Arab Group for the Protection of Nature (Jordan), the municipality of Doueir (Lebanon), Siryan Environment Association (Syria), the Bergerie Nationale de Rambouillet(France), ICOMOS (International Council on Monuments and Sites) and Al Shaheen Nurseries, Agriculture & Food Co., from Kuwait. The City Council of Benaudalla Vélez (Granada), through its Medieval Nasrid Garden has also become member.

In march 2014 we have sign an agreement with the morocan Agence pour l’Aménagement de la Vallée du Bouregreg, for the construction of a school of gardening with a social purpose in the town of Salé.