Albania is a country situated in the scope of Med-O-Med program, geographical and culturally. That is why and with the objective to use them as reference for the different research and catalogues created by the program, that we present this data for the country in different subjects.

MAIN PHYTOGENETIC RESOURCES OF ALBANIA AND THE MAIN THREATS

Albania is located on the Balkan peninsula and forms part of the Mediterranean Alps. Though a small country, it is characterised by great biological and landscape diversity, because of its geographical location, and geological, climatic, hydrological and soil factors. The flora of Albania can be divided into four main types – Mediterranean, Balkanic, European and Euro-Asian. According to Albania’s Biodiversity Strategy and Plan of Action (1999), over the last 50 years, two plant species and four animal species have become extinct, and 17 breeds of bird have disappeared from the country. Morover, over the last 25 years, it is calculated that 122 species of vertebrates have lost over 50% of their population. Many ecosystems in Albania are at risk, including dunes, river deltas, alluvial forests, coastal lagoons, Alpine pastures and glacial lakes. Albania is rich in forests and pastures. Forests cover 1,030,000 ha, or 36% of the country’s surface area, and pastures cover about 400,000 ha or 15 % of the surface area. Approximately 60% of pastures are Alpine or sub-Alpine. However, information on Albania’s biodiversity is not complete. There are some taxonomic groups that are practically unknown or have not yet been studied, and the existing information often includes no details at species level. Nevertheless, Albania has great biodiversity in flora, with 3,200 species identified to date, and 756 fauna species. 30% of European vegetation is represented in the country. The medicinal, industrial or food uses of the flora are well known. About 30 crop species are native to Albania. There are 300 types of medicinal and aromatic plants, representing 10% of Albanian flora.

Albania’s unusual relief has created the conditions for a large number of endemic species. 27 species and 150 sub-species are endemic in Albania, and 160 species are sub-endemic to Albania, Yugoslavia and Greece. Some examples are:

The main threats for biodiversity in Albania are economic development, which has had a great impact on the country’s flora over the last 50 years, and farming, being the human activity that has had most impact on the country’s biodiversity and landscape, with drainage and irrigation, deforestation, land clearing, creation of orchards, destruction of natural pastures which has speeded up erosion and soil degradation, as well as the use of pesticides, herbicides, etc. which have polluted water and soils. After farming, the main threat has been, and is, industrial activity, with the discharge of polluting gases, liquids and solids without any type of effective control. Uncontrolled forest exploitation has also damaged the country’s forests.

The main impacts on nature of these threats are:

• Loss and fragmentation of habitats

• Damage to and impoverishment of ecosystems

• Disturbances to natural life and bio-rhythms

• Erosion and loss of genetic diversity

STATUS OF IN-SITU AND EX-SITU CONSERVATION

In Albania, in-situ conservation began about 50 years ago with the creation of protected areas, most of them in forestry areas of special interest, under the control of the Nature Protection Department that was set up by the National Agency for the Environment. In the early 1990s, protected areas accounted for 2% of the country’s surface area. In 1994, as part of the programme for Ecological Monitoring of the Albanian Forests and based on the IUCN categories, a number of areas were identified for conservation and protection, duplicating the previous protected surface area. After the recent designation of Prespa National Park and Ohrid lake as protected landscapes, the total area under protection in Albania is now 5.8%.

When Albania’s conservation strategy was drawn up, there was no germplasm bank for plant and animal species at risk in the country, but it seems that since then a germplasm bank has been set up at the Agriculture University in Tirana. There is now an agricultural crop seed bank at the “National Seeds Institute” (NSI). No information has been found on botanical gardens apart from the one at the University of Tirana. There are several research centres working on conservation of the country’s biodiversity, some of which are named below, although not much information has been found on them. Other research centres, on which no information has been sought because they are not considered relevant for this study, are: the Maize and Rice Institute of Shkodra (MRIS), Tirana Vegetable Institute (IVT), Institute of Tobacco in Cerrik (ITC), Agricultural Research Institute of Lushnja (ARIL), and the Sugar-beet Station in Korçe (SSK). 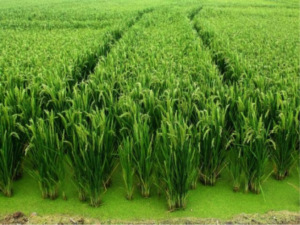 Albania is a republic in south-east Europe. It borders on Montenegro to the north, Serbia and Kosovo to the north-east, the Republic of Macedonia to the east, and Greece to the south. It has a coast on the Adriatic sea to the west and on the Ionian sea to the south-west. Its capital and largest city is Tirana.

It is a very mountainous state, largely above 1,000 metres. Low land occupies just 1/7 of the country and is to be found along the coast and in some very narrow valleys. The Adriatic coast is very uneven, with gulfs and capes. The coastal areas enjoy a Mediterranean climate, with average annual temperatures of about 16ºC. Inland, however, the climate is continental, with annual averages of 10ºC and sharp changes of temperature during the year. In some mountainous areas, rainfall is in excess of 2,000 mm.

Mediterranean vegetation with maquis shrubland and conifers is to be found along the coastal strip while the interior landscape is mostly conifers and deciduous forests.

According to WWF, Albania’s territory can be divided into four eco-regions:

The coastal area is approximately 450 km. long and is located between the Adriatic and Ionic seas.

The main rivers are the Drin, Devoll and Shkumbin. In the south-east are the Tectonic lakes called Ohrid and Prespa, and to the north, near the Mediterranean coast, is the  Shkodër lake.

Albania is a country situated in the scope of Med-O-Med program, geographical and culturally. That is why and with the objective to use them as reference for the different research and catalogues created by the program, that we present this data for the country in different subjects. This post is available in: English Español