Since 2007, some twenty African countries have been promoting an ambitious reforestation initiative: the construction of an 8,000 km long natural belt across the continent. This is an important project for the sustainability of the continent (as well as the planet itself) and the most important pan-African initiative of the moment.

This action was launched in 2007 by the African Union to address the serious problem of deforestation and aridity facing the African continent. This issue had become evident during the years 1984-1985, when a severe drought hit the region, desertifying the geographical area of the Sahel, which put an end to livestock farming practices and triggered a wave of famine and migratory movements towards the South. The environmental and humanitarian crisis highlighted not only the climatic risks for the region, but also the misuse of land by local governments, characterized by overexploitation and the absence of sustainable models.

Despite the heightened awareness that this crisis provoked, three decades later, in 2018, alarming evidence emerged : the Sahara desert, the largest in the world and leading into the Sahel region, grew by 10% since 1920.

The environmental and humanitarian crisis highlighted not only the climatic risks for the region, but also the misuse of land by local governments, characterized by overexploitation and the absence of sustainable models.

Both events underscore the risk to human, food and water security to which the regional population is exposed. It also highlights other consequences, such as the increase in migratory flows and the number and intensity of conflicts that plague the region and worsen as access to the area’s natural resources is reduced. However, despite the focus of this information, it would be naïve to consider that this climate deterioration affects only the region, without understanding that it is expressed globally through other phenomena such as rising temperatures, rising sea levels and the intensification of meteorological disasters, among many other factors. Moreover, the social and political consequences of environmental degradation in the Sahara-Sahel region are global and affect neighbouring regions and continents.

A wall of protection and growth 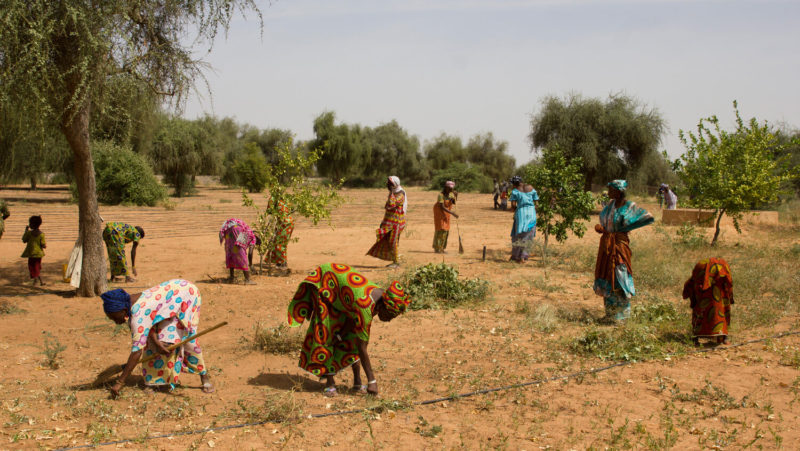 The initiative was conceived in 2005 by Senegal, and taken up by Kenyan activist and Nobel Peace Prize winner Wangari Maathai, who, in the late 1970s, had created the “Green Belt Movement” to plant more than 30 million trees in Kenya. In 2007, the initiative was sponsored by the African Union, with the commitment of 11 countries of the continent, although the number of African countries involved has risen to twenty (almost half of the countries that make up the continent) and has gained the support of other international organizations, thus becoming an important continental and pan-African expression. Although initially conceived as a reforestation project for the region, the initiative has broadened its objectives to encompass a panoply of goals, with a view to alleviating the environmental and human shortcomings that have led to the deterioration of the region.

The initiative was conceived in 2005 by Senegal, and taken up by Kenyan activist and Nobel Peace Prize winner Wangari Maathai, who, in the late 1970s, had created the “Green Belt Movement” to plant more than 30 million trees in Kenya.

The Great Green Wall will consist of an 8,000 km long and 15 km wide vegetal wall across the African continent from Dakar to Djibouti, delimiting the Sahara Desert and preventing its expansion, as well as protecting countries from the onslaught of wind and sand. Its planting will involve the restoration of 100 million hectares of degraded land, and will lead to the creation of a new natural wonder, and the largest living structure on the planet. 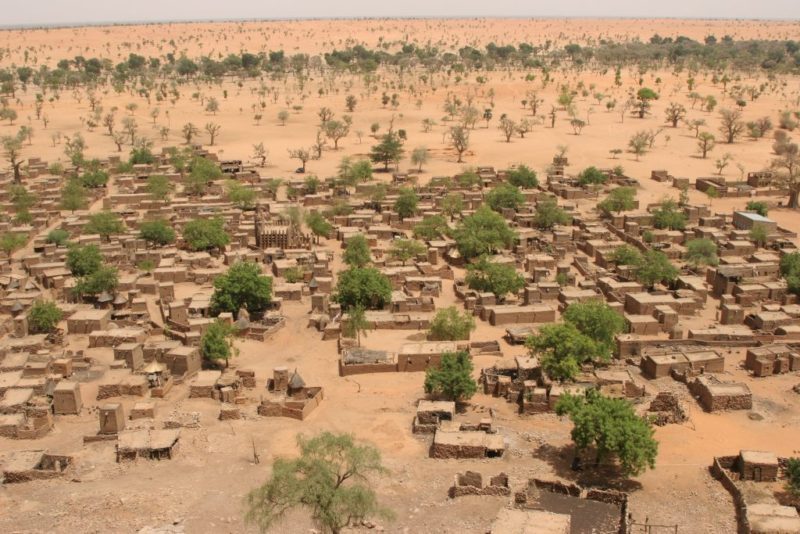 This reforestation project will likewise promote the development of agriculture and job creation, and will also seek a change in local awareness and a greater sensitization to the environment and the means of cultivation.

Specifically, and framed within the Sustainable Development Goals agreed by the UN for the year 2030, the initiative seeks to support local communities, through:

As stated on the official website of this initiative:

“The Great Green Wall is not just for the Sahel. It is a global symbol of humanity overcoming its greatest threat, the rapid environmental degradation.

[The initiative] shows that if we collaborate with nature, even in places as challenging as the Sahel, we can overcome adversity and build a better world for generations to come.”

One of the most delicate issues for the project has been the selection of the species to plant. This selection is key for the success of the initiative, as it needs to ensure the new plants’ adaptability to the dryness of the soil, the water availability, the animal and plant diversity, the care needed, and the commitment of the local population. Among the most used species, due to its resilience and adaptation to the extreme conditions of the Sahel, stand out the Egyptian balsam (Balanites aegyptiaca), the acacia (Acacia senegal, Acacia seyal), and Ziziphus (Ziziphus mauritiana).

The following table shows the progress achieved by the Great Green Wall in hectares: 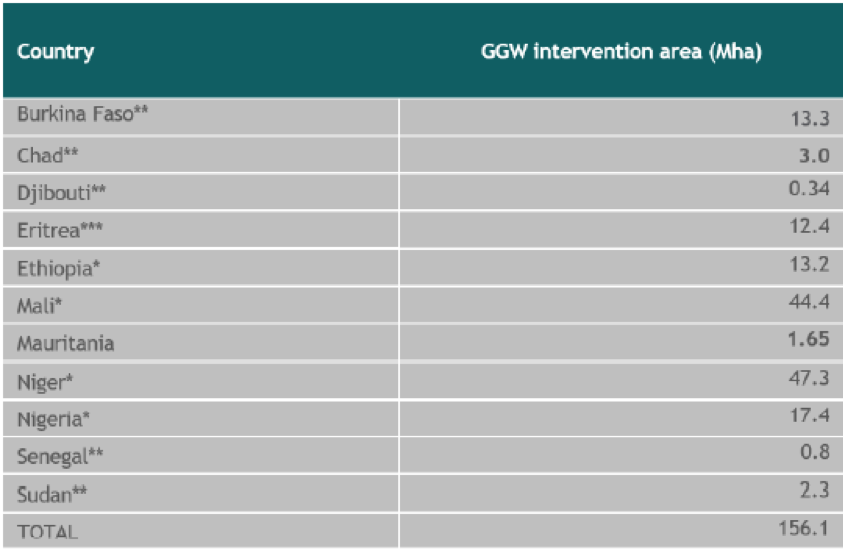 The progress of this project was captured in a powerful documentary released in 2019, directed by director Fernando Meirelles (City of God) and featuring Malian singer Inna Modja. The documentary shows the journey of this singer through the Sahel region, giving an account of the ecological transformation that the affected countries are experiencing, and collecting the testimonies of the communities involved in its development.

Over the last decade, this initiative has gained the support of an increasing number of countries and international organizations, such as the United Nations Development Program, the FAO, the World Bank and the European Union. Likewise, in 2015, the countries participating in the XXI International Conference on Climate Change (COP21) committed to support the initiative and contribute with 4 billion per year for the next five years.

We hope that the increase in the number of supporters and contributions, and the growing number of countries involved will contribute to the success of this project, with a remarkable transformative magnitude for the region.